The spring brings bees, flowers, and short skirts, but it also means the beginning of the cakewalk season. Whether the cakewalk is at a church, a gymnasium, or some empty hall, there is always one gentleman who seems to have a streak of luck, he's always sitting in the right seat, and he always wins the prettiest cake. By the end of the night, his sugar levels are out of the roof, but he doesn't stop. He keeps winning. That man is one of us. He is a Knights of Cakewalk.

Welcome to the 66th annual Knights of Cakewalk mid-Atlantic General Assembly Hall of Fame Inductions. For decades, we have masterfully won every cakewalk in Pennsylvania, Delaware, Maryland, and New York (excluding Dover and NYC due to union regulations,) and today we recognize the best walkers our sport has ever offered. 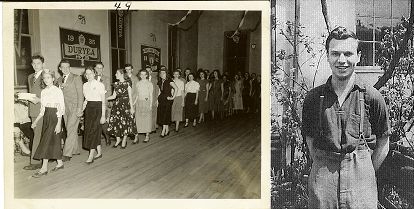 
It's hard to believe how far we've come. It started in 1943 when our founder, Mr. Franklinton, joined in a large cakewalk sponsored by his hometown in Reading, Pennsylvania. WWII was blowing up, and people's morale was low. On top of that, rationing had limited the amount of food and sweets each civilian could enjoy. To boost spirits, the town threw a cakewalk. Families went hungry for weeks as they saved up enough of their rations just to make a small cake. The turnout was enormous, nearly everyone left in town showed up to the festival. Though competition was stiff, by the end of the night young Mr. Franklinton had won 37 of the 45 cakes. How Franklinton, a 4-F, asthmatic, big band fan, pulled off such a feat is still a mystery, but his spirit and finesse are crucial elements of being a Knight of Cakewalk. As the sun rose the next day, he finished the last slice of cake. In the following weeks he started this secret organization that has since grown over the years to dominate all cakewalks in the mid-Atlantic region. As for Franklinton, he went on to win many more cakes, conservative estimate is at 5,000, until his assassination at a mob sponsored cakewalk in 1961. We all owe a lot to Mr. Franklinton. Please, a moment of silence. 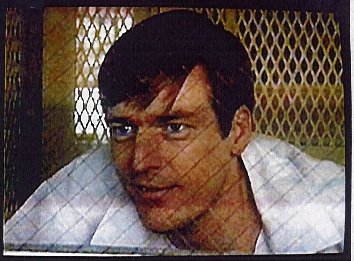 Between 1977 and 1984, Greg Summers was one of the most successful (and feared) cakewalkers in Pennsylvania. He once had a perfect walk at a Catholic fundraiser, winning all twenty-two cakes that night. When interviewed in 1981, Greg said that his ability rested in his quick feet and his "Lucy." Lucy was the nickname for a tube sock filled with screws and washers. Though known primarily for his polyester suits, multiple Arian brotherhood tattoos, poor social skills, violent outbursts, and a strong desire to win, Greg was also an active member of the Knights of the Cakewalk, giving fighting lessons once a month. He also helped in founding our bookclub. The board of directors is pleased to induct Greg Summers into the Knights of Cakewalk Hall of Fame. Greg could not be with us tonight as he is currently serving four consecutive life sentences in Kansas for a non-cakewalk related homicide. He sends his kind regards.