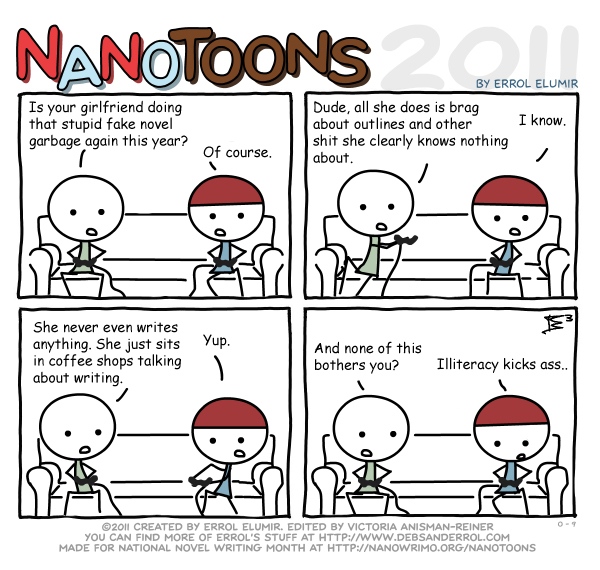 Just like with plot, the sky’s the limit for the setting. Don’t worry about history or facts. Philip K. Dick wrote a book where the Nazis won World War II, and they made one of his books into Blade Runner! With the right setting, you can include just about anything and everything in your novel. When I first thought up the story arc for my five-book Beyond the Rings of Saturn series, I wanted to mix the antiquated scientific sensibilities of H.G. Wells with Arthur C. Clarke’s love of space. And so I created “steampunk,” in which all things mechanical are powered by steam, yet man has learned to create fantastical machines by harnessing this energy. Note how my description of the city where the action takes place shows the reader what kind of world we’re in:

The steamstacks loomed high over the tin roofs of New Victoria, their white-hot breath floating higher and higher before disappearing. Closer to the ground, the merchants shouted to be heard over the tick-tock of the mechanimobiles working their way down the narrow avenues. A single archaeocopter came to rest in the middle of the square, causing a few preoccupied merchants to scramble in order to escape the hot fog spewing from its pipes.

Steampunk might not be your thing, but there are a lot of –punks out there for you to explore! In a cyberpunk universe, everyone gets to dress up like cool ravers and hang out with people in a virtual-reality Internet. Maybe you can even make up your own -punk, like “Nipponpunk,” a universe where being an Otaku is illegal, and even the most respectable Otakus are forced to live underground, saving money until they can travel to Japan, where they will finally be free to live the life they were born to live. There are so many fun adventures to be had when you move beyond the boring rules of the “real” world and create your own universe!

These are just a few tips to give you an idea of how to get started on your very own work of art. It might seem intimidating at first, but remember: Einstein said once that genius was 1% inspiration and 99% perspiration. So start typing and get sweaty!

The "NaNoToons" included in this article are not official "NaNoToons" and were not actually made by Errol Elumir, gaudy copyright notwithstanding! Ian @ Fused Muse made the parodies; for reference, the real strips are here.