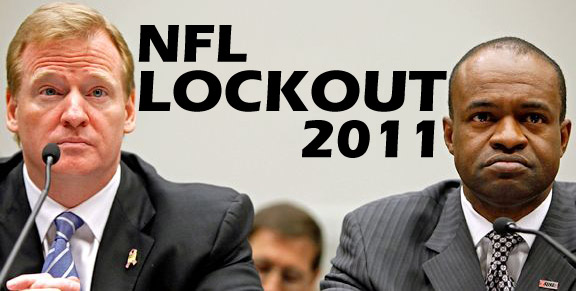 March: Rookie salary cap is proposed, resulting in all first year players to earn 40% current average and forfeit all pink and red Starbursts to veteran players.

Players ask League if League is mad. League says no. "Because you look mad," Players reply. "Well," League states, "now I am mad."

April: Al Davis crumbles into a pile of scabs 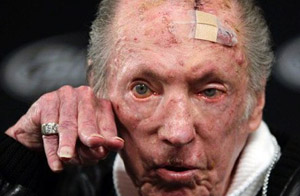 Following Ohio and Wisconsin, Owners decide to force players to give up collective bargaining rights. Change mind at last moment, stating "we aren't that ruthless." Players give it up themselves to decertify union: Owners feel happy. Players file antitrust lawsuit: Owners don't know how to feel.

Owners agree 30 - 0 that they feel "rich and hungry" with Al Davis dead and Jerry Richardson feeling "stuck in the endless torment of hell" though that is the standard feeling of anyone living in North Carolina.

May: In an effort to address public relations, members from the league and players' union hold press conference to defend the NFL's integrity. Agree that things could be more corrupt, biased, and unfair. In fact, they say, we could be more like the NCAA. Chills run down the spines of all in attendance.

Lockout continues for three straight weeks for the sake of filling airtime on ESPN.

June: Someone mentions Ricola commercial. Members on both sides declare, "Oh yeah, I sort of remember those ones."

In an act that confuses many, Players agree unconditionally to every proposal of the 1994-95 MLB strike. Bud Selig raises roof.

Retired players hold press conference. One guest arrives-- a homeless woman in a kitten sweater. She leaves upon eating all the complimentary crackers. 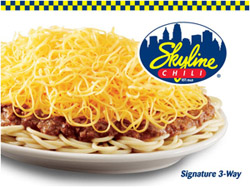 Banned, thankfully.July: Two-A-Days are banned along with double dipping, Double Bubble, Two and a Half Men, all sequels, threesomes, three way chili, four square, and the popular card game Uno.

Unable to agree, a match to the death is declared but immediately cancelled due to unfair differences in age and stature between both parties. Michael Vick suggests that maybe, just maybe he knows another battle that could settle the problem.

Split opinions cause tensions to rise as owners declare that they greatly enjoyed The Deathly Hallows while players thought Order of the Phoenix had a better plot.

Roger Goodell states that if he wanted to "lord over" a "bunch of whiny cry babies" he'd become the commissioner of the NBA. Owners and players reply in unison, "Daaaaamn."

Lockout officially ends as both sides agree to stop this timeline and focus on who should be sacrificed at the Tomb of Al Davis.