Slime Victims: You May Be Entitled to a Huge Cash Settlement

ARE YOU THE VICTIM OF A TELEVISED SLIMING?

It's been a hot, sticky drive, locked in a car for hours with people who despise you. But at long last: respite! A geyser of -- no, not water... green, viscous goo greets your vision as the Florida asphalt heats to dangerous temperatures below. You're pulled into a dark, air-conditioned studio full of cheap sets and teen actors. What's this? They're looking for a volunteer from the audience. You raise your hand, and minutes later are shoved into a jumpsuit by a stagehand and pushed in front of three cameras.

Maybe you answered a question wrong. Maybe you didn't have the physical dexterity to complete a ridiculous task. The result is the same: nationwide humiliation, while coated with a thick syrup of shame.

You've been slimed. And the The Law Firm of Boeker, Hobe, & Bruster wants to bring you slime justice.

Over the course of 16 summers, Nickelodeon Studios subjected tens of thousands to their liquid green torture, and, since then, hundreds have come forth bearing the scars of basic cable slander. Have you been repressing the life-disrupting memories of a televised sliming?

The televised sliming of our nation's children stands as a dark chapter in American History, and The Law Firm of Boeker, Hobe, & Bruster has made slime justice their mission. Today, slime victims currently in their adult lives make less than 30% of their unslimed peers, and a whopping 90% die in abandoned cars. Are you undergoing financial distress? In one of the earlier phases of killing yourself? Get ready to increase your quality of life and induce vomiting, because The Law Firm of Boeker, Hobe, & Bruster is here to help.

Since 2007, we've provided counsel for nearly 30 slime justice cases, with a track record that we are not required by law to indicate in this document. But ask those who have walked away from the courtroom with a sense of closure in their lives, and they'll agree: "Today is the day I go from renting to owning my own couch." 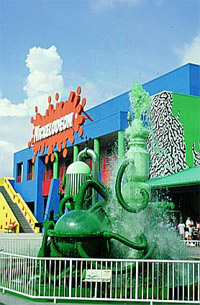 "Because of slime, my baby was born inside out, and then I had to stop drinking. The Law Firm of Boeker, Hobe, & Bruster got me back into the bar and on with my life."

"I couldn't sleep for months. And when I was able to distance myself from a state of helpless paranoia, the flashes of a thousand derisive smiles would throw me out of my fragile slumber and onto a weeping phone call with my mom for the next three hours. The Law Firm of Boeker, Hobe, & Bruster not only won me a $500 settlement -- they also represented me during a public nudity case that very same day."

"Someone at my bachelorette party brought a green gelatin dessert as a joke gift. I -- when I saw those penis-shaped gummis, stalled forever in a jiggling, viridian nightmare, I clawed my best friend's eyes out and didn't stop my relentless attack until four bridesmaids vomited. By helping me plead "slime insanity," The Law Firm of Boeker, Hobe, & Bruster got my sightless bestie to pay for the cleaning on my party dress, and now all of these envelopes full of money keep showing up at the house!"

"I was a teen star on one of the network's hottest shows. A real goodie two-shoes with only one real sin to my name -- but hey, don't tell me you wouldn't light up if Vanilla Ice was slinging 'cigs in your presence. I'm at the yearly awards show, standing right next to the dog from Bingo (yes, that's right) when a mistimed cue meant for Jim Belushi sends three gallons of career death falling right onto my mushroom haircut. After 20 years in the gutter, The Law Firm of Boeker, Hobe, & Bruster got me back on my feet and well on my way to being the best Johnny Depp impersonator Hollywood Boulevard has ever seen."

Coming out as a victim of televised sliming isn't easy. But The Law Firm of Boeker, Hobe, & Bruster has comfortable, leather chairs that will put your mind at ease. Stop by, help yourself to our free mints, and remember: just because you haven't been to Florida, it doesn't mean that the scourge of slime has left you untouched. Please visit http://www.boekerhobeandbruster.com/gak.html for more information on how your own suffering may apply.