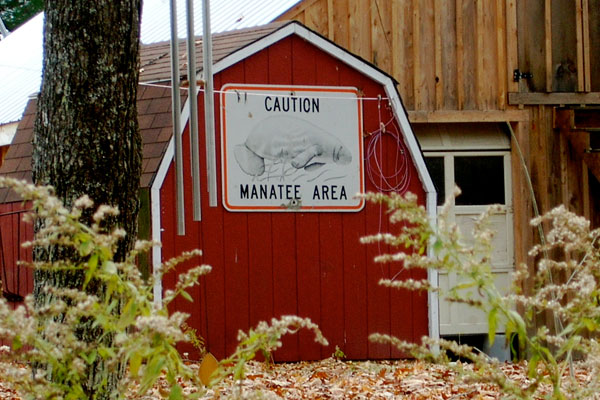 well, at least i've been warned

We drove nearly 100 miles to visit 125 houses over the course of two days. There are plenty more stories I could tell. One girl, who'd been running on coffee for the whole day, burst into a town hall to ask if she could use the restroom, only to find herself crashing into the middle of a wedding reception. As she turned beet red from embarrassment and needing to pee, the wedding party laughed, pointed her to the bathroom, and, upon her return, invited her to dance with them. She kicked off her shoes, danced madly, and, by the end of the next few numbers, had signed up five or six people to vote for Obama. 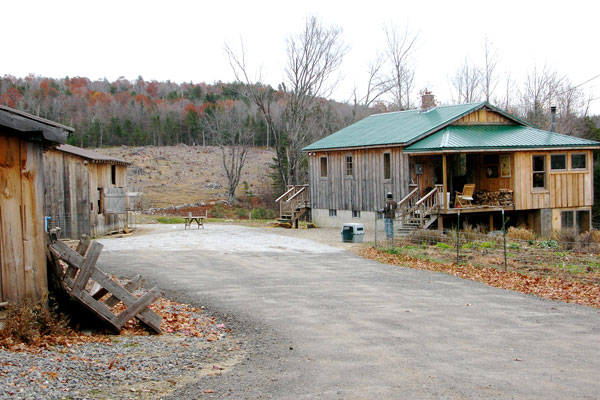 hold up, boys, we found us a redneck commune

At the end of another long and windy road, we had an address that led up a path, little more than a snowmobile track really, which, as Ron Paul would have wanted, was not maintained by the town. Miles and miles up that road, we found a wooden cabin with rough hewn stumps in the backyard and goats grazing admist the tough weeds. The remnants of a small vegetable patch sat in the front of the house. We'd discovered a subsistence farm in the middle of the barren wilderness. 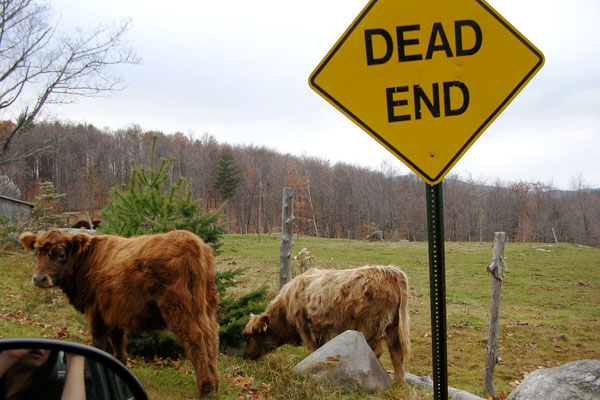 Best of all was the road that was totally impassable because it was choked with yaks. Scottish highland yaks, which someone had long ago imported to the area, had escaped from whatever pen had once held them in and were scattered through the street, staring stupidly at me in my car as I tried to nudge through them to get to the road beyond. They were remarkably calm and good tempered throughout the ordeal--just obstinate, and completely unwilling to let me by. That was the first time I've ever had to mark a house "INACCESSIBLE DUE TO YAK." I hope it won't be the last. 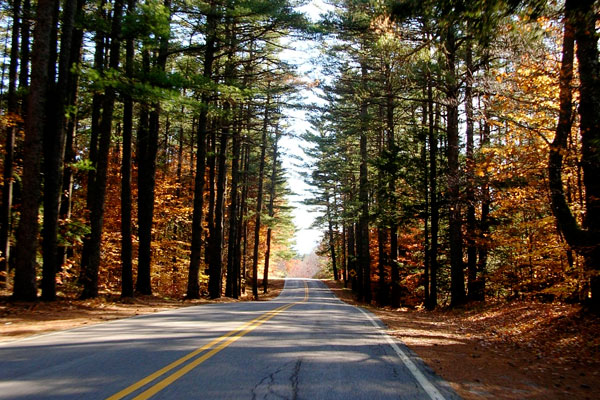 back out on the open road

In two days, we drove through some of the most beautiful and barren wilderness I'd ever visited in all my years in New Hampshire. It gave me a new appreciation for the diversity of lifestyle and living conditions in my strange and somewhat queasy home. And if, as I like to think, my work in the woods helped usher in this age of the terrible witch-king Barack Hussein Moufasa bin Obama, a thousand scarabs praise his name, then I consider it time well spent.