They say you can't compare apples to oranges, which is true because oranges taste like shit unless they're squashed beyond recognition and all the pulp is removed from the juice. Apples, on the other hand, are great in juice form, pies, and straight off the tree. So comparing apples and oranges are stupid. Unless you're a fruity fruit farmer, in which case you can have sex with both apples and oranges with basically equal amounts of success. And that's all you care about. 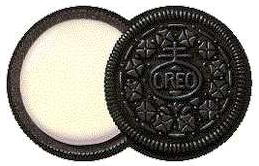 But you can compare Oreos to DVD, which I will demonstrate via a series of complicated and scientifically sound experiments. Oreos are America's favorite cookie and are best eaten after soaking in milk for approximately ten seconds. DVD is the fastest growing media format in the history of home video, mostly due to the fact that you can freeze frame and do slow motion during the nude scenes in "Fast Times at Ridgemont High" and listen to Paul Verhoeven say "I veally viked vhis vilming zis zshower szeen" in the commentary track to "Starship Troopers". Which manufactured good is superior? Let's find out!

As we've learned from video games, good graphics and presentation are more important than anything else. A PS2 game featuring a realistic 3D rotating Teapot is a better game than Galaga because Galaga is in 2D and only uses a couple of colors. And Heidi Klum is better than all of you because she's a supermodel. So looks are important, I know this for sure because I don't have any. So let's compare Oreo Cookie #1 with the "Toy Story Ultimate Toy Box," a three disc collector's edition featuring both "Toy Story" movies and a third additional disc containing three hours of "Toy Story" director John Lasseter counting all the money he's made off these movies and laughing maniacally at the camera.

Oreo Cookie #1: Kinda blah. There's these weird little ridges along the edges and this wacky like four leaf clover design leading up to a oval in the middle of the cookie which has "OREO" imprinted in the center of the oval. Over the "RE" in "OREO" there's two little lines. What does this mean? What does this design mean? Why is it needlessly complicated and cluttered? It's a cookie, not the back of a playing card. Look at chocolate chip cookies, they look like lumps of tan soldier feces, but that's perfectly fine. Who cares? They're just cookies! Plus the top half isn't perfectly even with the bottom half, and that's a design flaw.

"Toy Story Ultimate Toy Box" DVD Set: Radical gnarly to the max! There's like this plastic translucent cover and if you pull it off you get to see the outline of the box! It's hard to explain, but it's like see-through! It's like this invisible wall wrapped around the three sterling silver DVD cases. How is this possible? Disney must have like in-house wizards to do this shit! 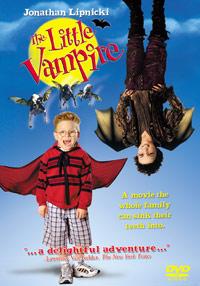 Oreo Cookie #2: For approximately 4 cents, you get one cookie. For under $2 you can purchase a whole bag. Not only is it cheaper than heroin, but also if you're a former heroin addict you can eat nothing but Oreos and possibly gain the weight you lost sticking needles into your armpit back again so you won't look like a tree of skin. Oreos won't cure your H.I.V. though, you worthless dreck.

Actor: I remember this scene
Actress: Oh yeah (giggle)
Actor: Oh there I go, gluing my penis to the pie! Haw haw!
Director: This scene was hard to shoot because [insert some lame excuse about the lighting or sound being poor to cover up the fact he/she was high on cocaine at the time and kept thrusting their abdomen into the script supervisor's face]
Writer: I wrote this scene because it was funny. [Actor] does a great job saying my funny lines.
Actor: I like this movie a lot. In this scene my dad says something which embarrasses me. 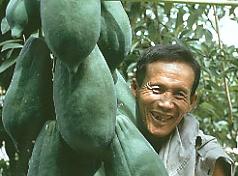 Oreo Cookie #3: Portable, small, inexpensive. An entire bag may keep you alive for days. When exposed moderate amounts of force, however, the cookie will crumble and leave dirt-like residue all over the place. Exposure to milk results in bliss.

"The Matrix" DVD: What is "The Matrix"? Totally fucking useless if you get one tiny little scratch on the disc. Touching the underside of a DVD will result in frame skipping, video distortion, possible electrocution, and strange burping sounds coming out of the DVD player's stop button. Needs to be stored in plastic container. Is too small to use as a Frisbee. Hole in middle of disc is too small for even Asian fruit farmers to have sex with.

So there, Oreos are better than DVD's. Also Sim Golf is a really good game and has nothing to do with the fact that my update was a day late and five dollars short. My golf course is the best though. I hire and fire greenskeeper's repeatedly just so I can re-enact scenes from "Caddyshack." In conclusion, Sim Golf and Oreos.

Oh no, a Fireman Comic!