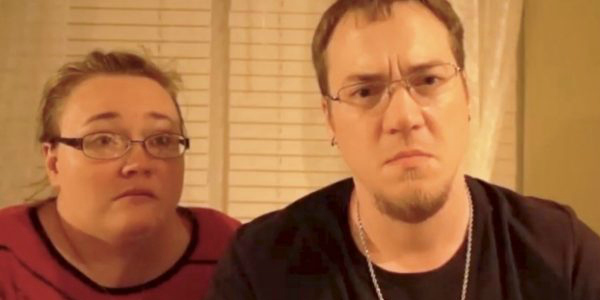 Sweetest, you know no one likes pranks more than me. When you came to me last year with the proposal to quit both of our dead-end jobs and take up pranking full-time, I put in my two weeks' notice and never looked back. Sure, we never consulted the kids, but I know they wouldn't trade their newfound Internet fame for anything. Why, little Zayden is recognized in public constantly from the "crying_idiot_child.gif" someone made from one of our prank videos. It took him a while to get used to it, but staying indoors all the time has really improved his grades.

I'll never forget one of our earliest prank hits. After weeks of barely passing 100 views per video, I didn't know what to think when I uploaded "Xavier Kills Fluffy - Ultimate Prank." After weeks of pranking our children by pretending they broke various household objects, it was your idea to escalate, and honey, it paid off. Sure, it was hard to find a cat corpse that looked just like our own little Fluffy, and you must have spent an entire day calling every kill shelter in town. But when little Xavier woke up thinking he'd accidentally crushed his beloved pet in his sleep, the resulting severe emotional breakdown helped us rocket to the top of the YouTube charts.

If only we knew well enough to not ramp things up from there. When you gave me the notes for what would be our next big hit, I had some reservations. Quade was a good kid, and we never really tried to prank him before. Even as "Quade Adopted? NOT! - Epic Prank" continued to make us thousands in YouTube revenue, I had to ask, "at what cost?" Sure, it wasn't hard to find a bunch of carnies to wear monster makeup and squat in an abandoned house while pretending to be Quade's real family for five weeks, but the impact on our boy might have been too much. Now, he can only communicate through a series of panicked screams, which his guidance counselor says may seriously affect his job prospects in the future.

To be completely honest, your next planned prank seems to be a step too far. When you suggested our son live with a family of ex-cons just so you could edit together five minutes of "epic freakouts," I decided to take the risk. But really, convincing our children they've died, then making them live out the rest of the year in a makeshift Hell we create in our own basement? Not only would that take weeks to clean up, after that, the children would lose all fear of Hell -- which has served as a great way to discipline them in the past. I say we go back to basics: waking them with gunfire, burning their possessions in front of them, and so on. Frankly, our tactics have turned all three of them bedwetters, and toning things down a bit would do wonders for our mattress budget.

Honey, I write this letter to you not because I want to avoid a direct confrontation, but because I've apparently been kidnapped and trapped in a room by a mysterious Jigsaw-like character who communicates with me intermittently. And when I attempt to cut my own thumbs off -- as the letters written in childlike scrawls and slid under the door have instructed me to do -- I'm sure you'll burst in, camera in hand, yelling our catchphrase, "GOTCHA!" In any case, here goes nothing!