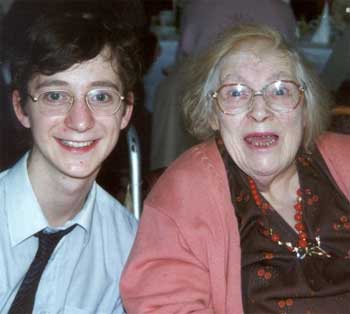 Hey, surprise Salty Sea Hag, your deadbeat kid was put into Juvenile Detention for raping a mannequin! And you've only got three days to live! And I hate you both! 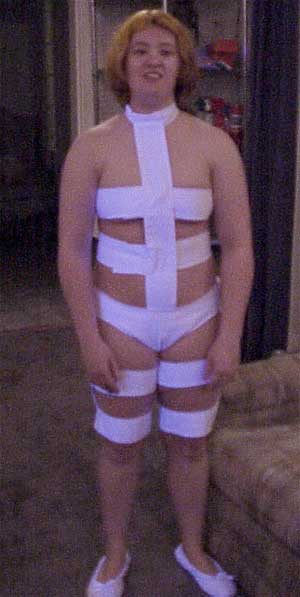 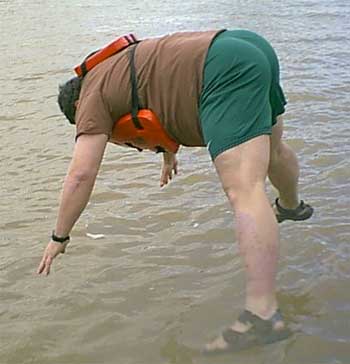 Every Fall the mysterious Flabfish swims upstream to mate. As you can probably guess, there's only one of these left in existence, and in this picture he's about to displace about 500,000 gallons of water. 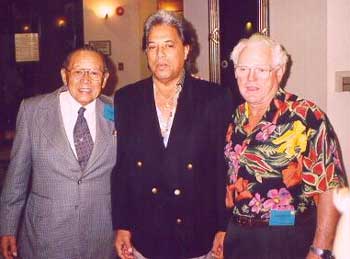 The Krazy Korean, Honolulu Harry, and Decomposing Dan pose for a photo at the recent National Mutant Businessman Convention. They get special tax breaks from the government, and they also get special spinal cord breaks from ol Cliff Yablonski. 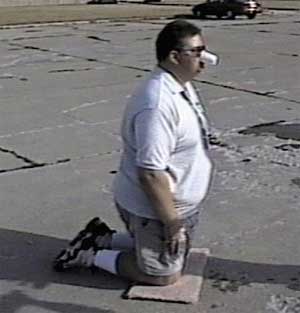 I'm sure there's a wonderful and exciting story behind this photo, but I don't know what it is and I don't care to speculate. 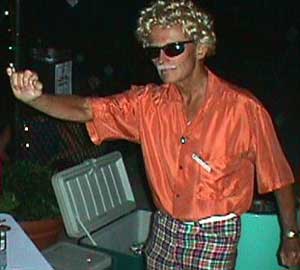 Bingo dance hall phenomenon Larry McAlliston. His outfit is fashioned from something from outer space. I hate outer space. Nothing good comes from outer space except those rocks that catch fire and blow up New York like in that movie I saw last year about the moon rocks blowing up Earth and then Tommy Lee Jones got cancer and Clint Eastwood dumped his ass onto the moon because the entire spaceship moon crew was tired of listening to Tommy Lee Jones whine about cancer. Then they went around the sun and traveled back in time to when Tommy Lee Jones was a baby and they killed the baby because they didn't want to put up with his whiny ass in the future. Then the movie ended and I refused to leave the theater until they gave me my money back because this movie was shit.