The Only Washington Scandal I Care About is the Nap Incident 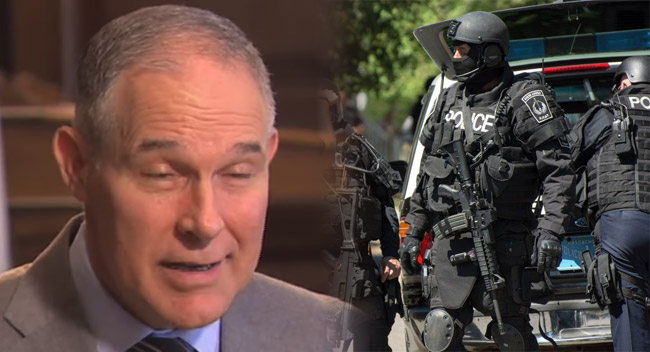 The political news media has gone from covering daily scandals from the president and members of his administration to covering almost hourly scandals. With the exception of the president, nobody in Washington has been more scandal plagued than EPA head Scott Pruitt. As calls accelerated for Pruitt to resign, there were more than ten separate scandals being covered about him in the news media.

To name some of Pruitt's scandals: he pays extremely low rent for a Washington condo owned by a lobbyist, he lied about that lobbyist having business in front of the EPA, he gave unauthorized raises to aides and then lied about doing it, he had an expensive sound proof booth installed in his office to make phone calls, he redacts any mention of anthropogenic climate change from EPA science papers, he travels with a massive security detail, he only flies first class, private, or on military plane, he often took flights for questionable reasons such as "dinner" or "A night in Paris," and he traveled to Morocco in his official capacity as the head of the EPA to lobby on behalf of an American natural gas firm owned by his friend and political benefactor.

That's all just Scott Pruitt and not even a complete list of his scandals. I stopped because it was getting boring. Everyone in the Trump administration has at least one scandal that would have occupied the entire political discourse for weeks in any other administration, except, somehow, former Texas Governor Rick Perry, who is quietly doing a job for which he is wildly unqualified as Energy Secretary. 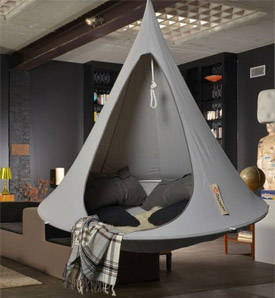 But forget all those scandals. Everyone knows this menagerie of billionaires and idiots is completely corrupt and unqualified, hired to ruin the agencies they helm, so they are just doing what is expected of them. Their "big scandals" are just the symptoms of end stage democracy in America. Big deal.

The only scandal that actually interests me, that I find compelling, is what I like to call the Nap Incident. That's the one where Scott Pruitt had to be rescued from a nap by his giant security detail.

It happened over a year ago, but news about this incident just broke through to the media about a week ago. There was so much other scandal swirling in the news that people promptly forgot about it. So please allow me to recapitulate this incredible story.

On the afternoon of March 29,2017 Scott Pruitt, apparently tuckered out from jacking off in his sound proof booth over allowing more parts-per-million of lead in baby formula, decides to take a nap in his lobbyist-provided apartment. So he pushes all his black markers and environmental studies out of the way, climbs into his hammock, and goes to sleep with the untroubled spirit of a millionaire baby. Everything is right in the world.

Only, outside the apartment, Pruitt's 30-man security detail starts to get worried. Normally this is his snack time and he hasn't been asking for any of them to come inside and rub his feet or put the cloth over his head so he can eat his ortolan in the darkness. They start knocking on the door and nobody answers. They bang louder and louder and Scotty is just too tuckered out to come and answer the door. 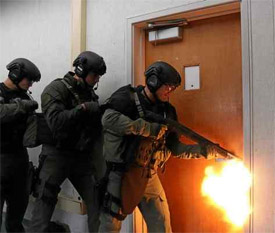 At this point, the commanding officer of Pruitt's security detail calls a code red, activating the full detail and initiating a breach and clear. According to a 911 tape obtained by ABC news, Pruitt was "unconscious and unresponsive" and they "didn't know about breathing." The tier one operators on the security detail proceeded to terminate the door to Pruitt's apartment with extreme prejudice and entered to find him "groggy, rising from a nap."

When the ambulances and firefighters arrived, Pruitt turned them away. This all might have slipped by the notice of the news media if not for the $2,460 in tax-payer money spent repairing the door to Pruitt's condo.

The Nap Incident is amazing to me and raises so many other questions. Chief among them: what was the actual duty of Pruitt's security detail? Were they ordered to perform wellness checks on him? The head of the EPA had his office swept for bugs and had a soundproof booth installed. Busting in the door when he doesn't answer a knock seems like an awfully strange reaction for the security detail of such a paranoid, secretive man.

I am saddened by the scandal overload that denies me a 3D rendered recreation of this incident. I want to see one of those mock-ups of his apartment, Pruitt in his day bed, and 30 security troopers stacked up on the door with breaching charges and silenced Vectors. Pruitt is almost definitely going to get fired before we get a chance to hear him testify to congress about his nap and the exploded door and why his hyper-vigilant security army didn't have a protocol for "boss takes a nap." There's so much stupid and evil shit going on in Washington that I will forever be denied a bunch of grandstanding Democrats working themselves into a lather of indignation on live TV over Pruitt's nap time door extermination squad.

We can only hope in the coming years that some brave member of Pruitt's praetorian guard breaks his silence and writes a beat-by-beat account of the Assault on Fort Sleepytime. It's the only Washington tell-all I'd bother to read.