Why Won't Anyone Hack My Phone? 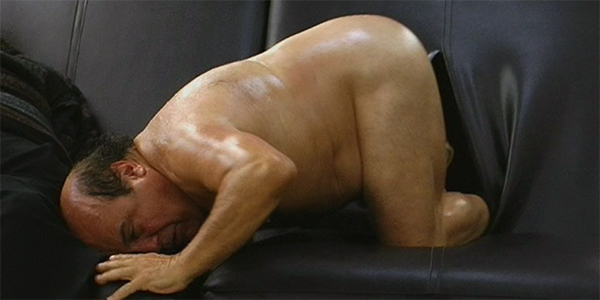 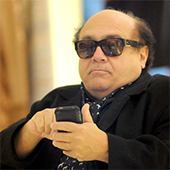 Danny DeVitoAs a member of Hollywood, I stand behind Jennifer Lawrence and the other unfortunate women who had their phones hacked and their moistest regions exposed to the world. I'm actually a huge fan of Ms. Lawrence, even though she assumed I was some sort of goblin and beat me savagely with her Oscar when I approached her at the afterparty. And the same spirit and gumption that fractured my skull is what made her performance in American Hustle recapture the spirit of the '70s so perfectly. I was there, folks, and I'll tell you this: the drugs were great and Andy Kaufman was a fucking prick.

At the risk of sounding insensitive, this whole phone-hacking scandal might have its advantages. Sure, you have to live with the horror of knowing that, at any moment, 10,000 teenagers are masturbating to your private photos, but at the same time-wow!-talk about publicity! I can't log in to any of my favorite news sites without seeing a thoroughly written guide to all of the women who've had their privacy violated. Is there a war going on? Did some cop summarily execute another black teenager? Hell if I know, but I can tell you plenty about identifying the entertainment industry's most talented women based on their distinctive breast moles.

Meanwhile, the DeVito star is fading, and I'm getting desperate. You'd think doing my grocery shopping in nothing but a soiled bathrobe would get the attention of those weasels at TMZ, but head to the Internet, and you'll see countless articles about You Won't Believe How Tight Selena Gomez's Hip-Huggers are. Yeah. You know what? Call me back when you personally witness Marilu Henner crack a walnut with her asshole. And I bet that freak can tell you the exact date it happened, too.

So here's what I'm saying: You want naked pictures, Internet? You got them. Apple Login: cobblepot69@gmail.com. Password: spacejam. Let's do this. In the brief time Rhea and I split up, I spent those lonely days documenting the growth of my treasure trail from every possible angle. Well, I guess it's more of "treasure tract" at this point, but I'll let the media decide how to spin this. You think I'd get laughed out of a producer's office during a failed Matilda 2 pitch session once the entire world sees my taint spread wide in all its glory? No offense to Ms. Lawrence, of course, but her phone must be ringing off the hook! Yeah, Academy Award and all that, but you think people are still banging down Whoopi Goldberg's door after that Ghost crap? Maybe if we knew if those dreadlocked curtains matched the drapes, she wouldn't be playing second banana to some dumbass ninja turtles.

Rhea's in, too. Every possible sexual position, and from any angle you can think of. God blessed me with this small and sturdy frame for a reason, and you have no idea what I'm capable of until you see me going to Pound Town on Cheers' sassiest bartender. Hell, I'll even take requests. Just name the Los Angeles bus depot, and I'll upload as many photos as you want of us rutting away in a filthy bathroom stall like animals. Listen, assholes: I co-starred in Junior, so at this point I have a limitless capacity for humiliation. Let's just get these damn photos out there before the 30th anniversary of Twins goes by with the same lack of celebration as the 25th. You know, maybe I should call my old buddy Arnie to figure out this whole publicity thing. I doubt we'd be on our third Expendables movie if he didn't start banging the help. My cleaning lady has been very firm with me in the past, but clearly the rules have changed.