For Sale: Terrible Secrets That Will Bring Something Awful to Its Knees 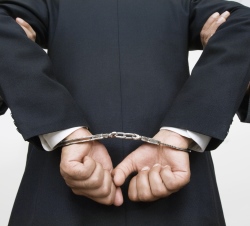 This is very real. As an insider I possess damning evidence that could utterly destroy Something Awful. Over the years this website has made many enemies who appear to be coming to power in the United States. They probably have lots of money at their disposal, and I could really use some.

Today I am breaking ranks and selling five secrets which could bring about the ruin of Something Awful. As a gesture of good faith, the first four secrets are revealed in their entirety below for free.

The writers don't really talk to one another. At least, they don't talk to me very often and I never reach out to anyone. I suspect that they're all having an online slumber party that never ends, from which I am excluded.

I'm pretty sure this is illegal, even on the darknet.

In clear violation of maritime internet law, I don't even know what the darknet is. If I had to guess I'd say it's a ROM webring.

Lowtax has been pushing for a complete overhaul of the website to capitalize on the hottest internet trends. His idea is to turn the site into a video portal. In place of text updates, every day would feature streaming video of one writer kneeling in a large field shouting about e-sports at the camera placed fifty yards away, slightly too far for the viewer to make out more than an occasional word or two.

In order to fund this initiative, the Something Awful cabal plans to unfairly ban all 200,000 forum accounts, forcing each user to re-register at a new membership price of three hundred thousand dollars.

Every month the front page writers are handed down a "hit list" of people to target in their articles. We are instructed to go after these individuals with vicious and baseless attacks. This abuse of power undermines all of our hard-earned journalistic integrity, turning the website into little more than a politicized mouthpiece for a ruling elite.

Every month I open the note hoping the target will be new, and every month the note simply says, "You."

The location of the sheet of paper on which I wrote the above four secrets, exactly as they appear above. With no additional information.

Unlike the secrets on this page, which are digital and therefore ethereal, this sheet of paper is physical evidence. You can put it in a bag and label it Exhibit A and win the big case.

Please send your bids in increments of $50.