So You Want to be a Tourist?

Europe offers a mixture of the past, the future, and the mildly homoerotic. Every human can learn something here, about themselves and western history. To get the most out of your experience, make sure to come prepared. 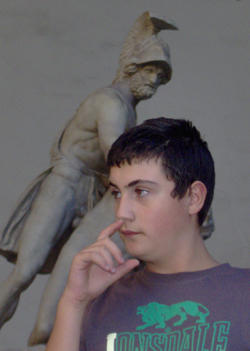 I suggest, if possible, that you stay in one city for an extended amount of time, instead of visiting as many cities as possible on a grand tour. Getting to know a city, to witness the area from the inside is far more rewarding and memorable than skimming the top of a continent. A similar, though inappropriate, metaphor is that it is better to be inside a woman than to brush up against her, but I'm sure you'd be happy with either of those situations, you sick bastard. Great travel memories are not from seeing the Eiffel tower, or photographing the Colosseum, but in shitting your pants after trying new food, and being chased by Gypsies through the medieval alleys.

Prior to leaving, the most important thing to know before traveling is not the destination, but one's self. As a tourist, you are the lowest form of life within the city. The Gypsies, with their flower dresses and fast hands, along with the North African men selling phony purses on sheets are not only above you, but also mocking you. Though you think you are from a country that deserves respect, you are not America, you are just an American. 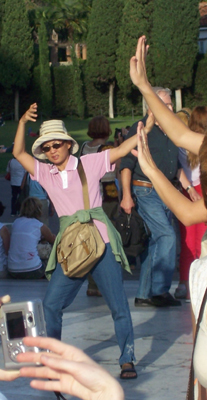 If you use a flash while photographing a fresco or oil painting, you are a dumb ass and deserve to get kicked out, stripped bare, and killed. Yeah, a flash will brighten up the image, but is it worth destroying an 800-year-old painting so you can get an ill-framed picture with your 5.6-megapixel camera?

Use your camera to assist your memory, not to prove you've been somewhere. Taking fifty photographs of a famous sculpture is ridiculous and time consuming. Instead, spend your time, batteries, and film (does anyone still use film?) taking photographs of the items you might forget, like that cute restaurant you ate at, the ugly statue that made you laugh, or that dope katana in the armory.

You, and your group, look stupid "trying to hold the Leaning Tower of Pisa." On top of that, there is no reason to visit Pisa other than seeing the leaning tower. Meaning you traveled on a bus for two hours just to get the most clichéd and obnoxious photograph ever imagined. Congratulations, jack ass.