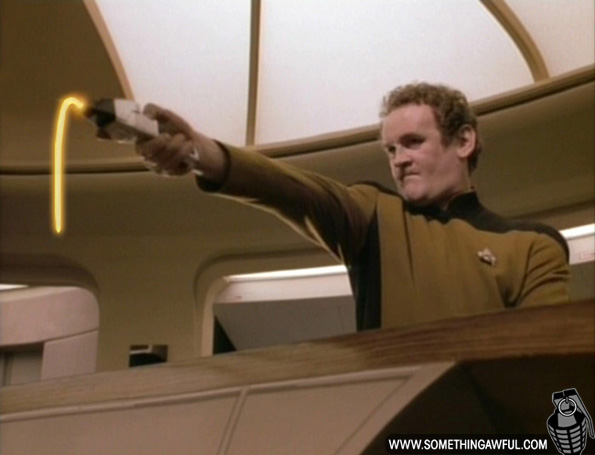 Commander Riker, I like poker, think i could play some time?

O'Brien: hello all, I know I wasn't invited, but I thought I might crash the party. Brought some Romulan ale!

Where the fuck is Ensign Holt? I've been standing at this fucking transporter console for 12 hours and the bastard hasn't relieved me yet.

Holt: "You're relieved, you old potato." 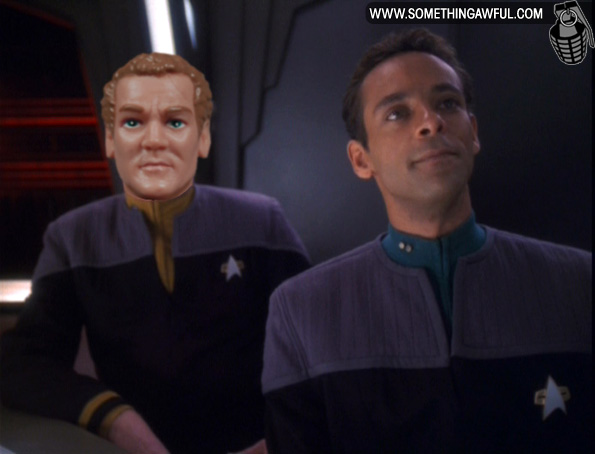