Finally, we have Ted Rall, described thusly in the thread's cartoonist index: "Far left shithead. Utterly incompetent artist and writer. Desperate to be the center of attention, he envisions himself as the leader of a socialist revolution. Ruthlessly and pointlessly criticizes every actual revolution since he's not involved. He draws everyone as Homer Simpson or Dr. Hibbert. He depicts anyone and everyone, including himself, as Literally Hitler." Here's a sample Rall cartoon, followed by some D&D parodies! 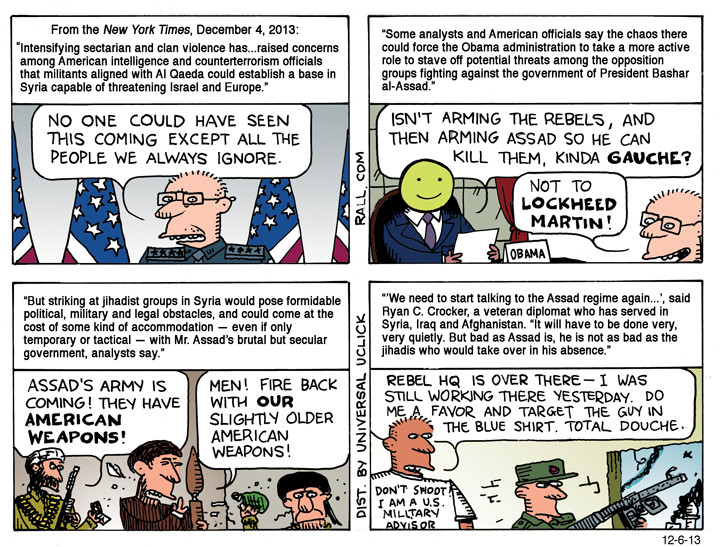 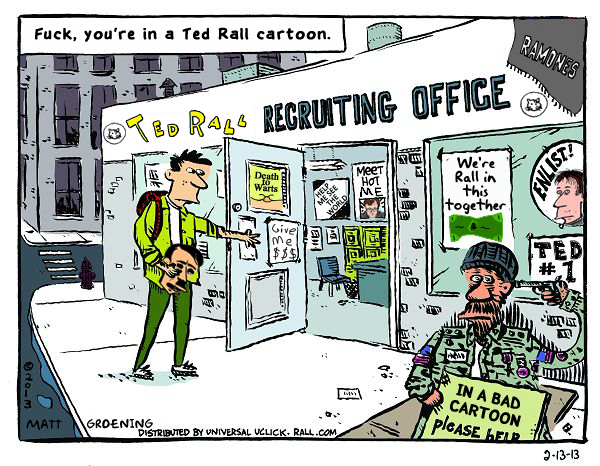 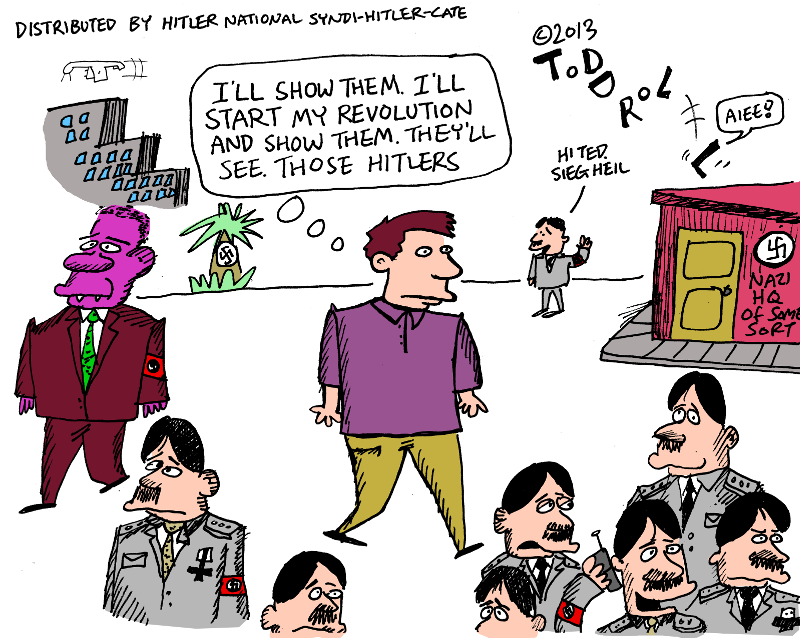 I give you Norman Rockwell's Ted Rall's America. 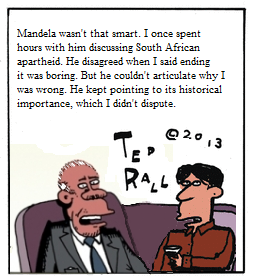 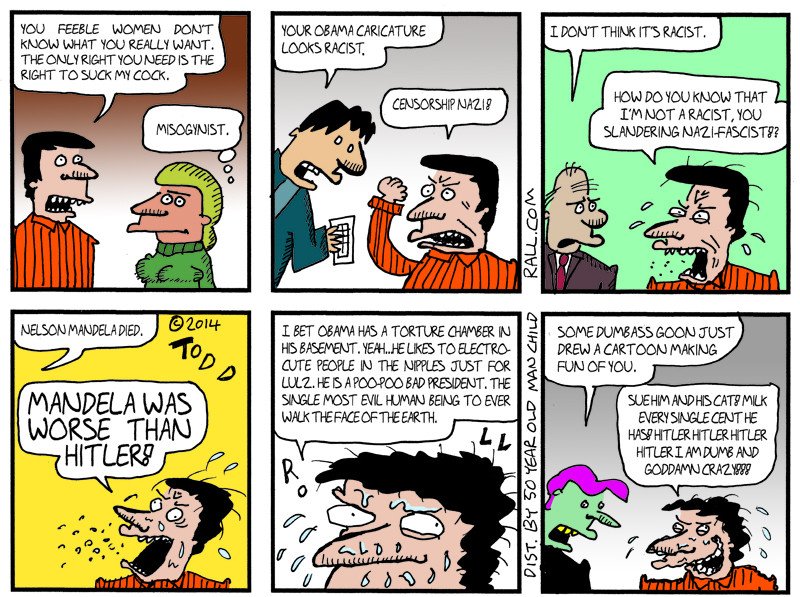 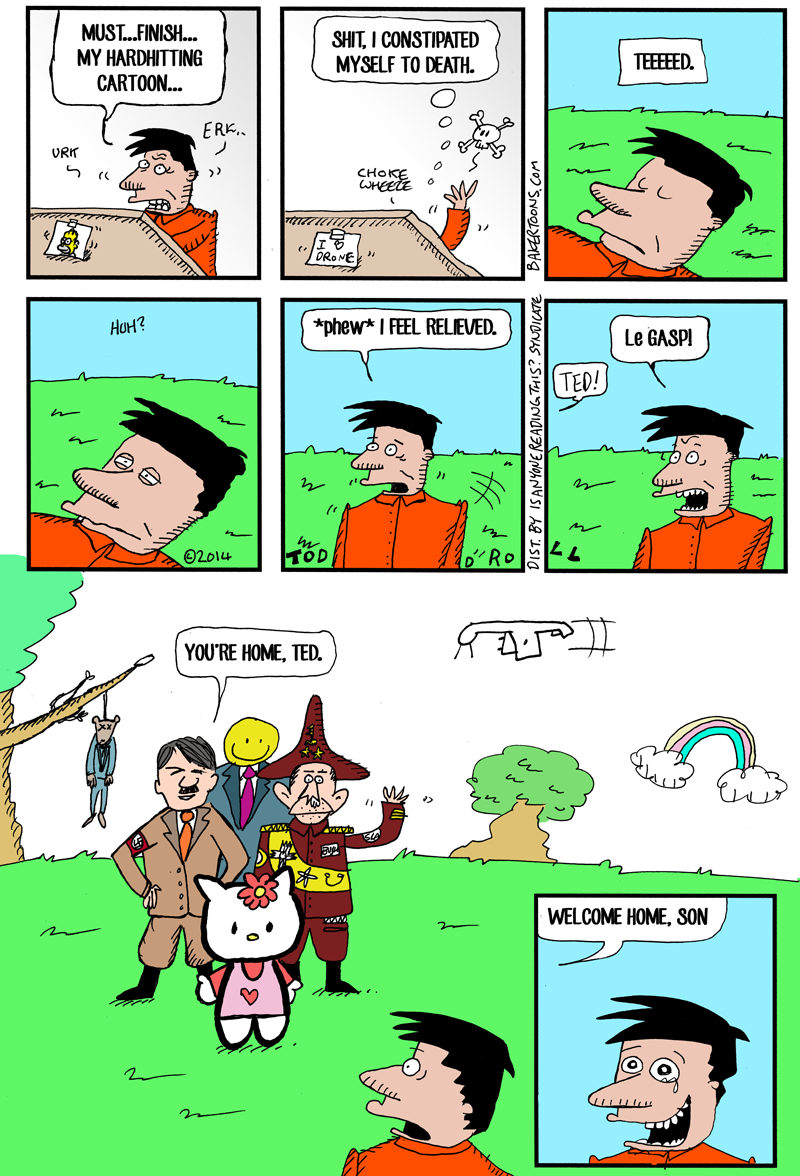 Thanks again to all the D&D Goons who contributed to the 2013 Political Cartoons thread; feel free to browse its 1,487 pages at your leisure! Other relevant links, again: 2014 thread, Asay Goldmine.