Page of ShameFor all the good and hilarious stuff that comes our way, so to comes a lot of crap. While I could just pretend this crap doesn't exist I think it would do more good to post it. After all, no pain no gain. With that said, prepare to gain a lot of pain!

"Keshik" isn't necessarily that bad at Photoshop, but he got lazy and now he pays in blood! I play WarCraft III just as much as the next jobless loser, but even I can't tell what he bothered to do to this image, that is if he bothered to do anything at all. This isn't "Ordinary Game Screenshots Phriday" you crazy idiot! Go shove your print screen button down your throat! 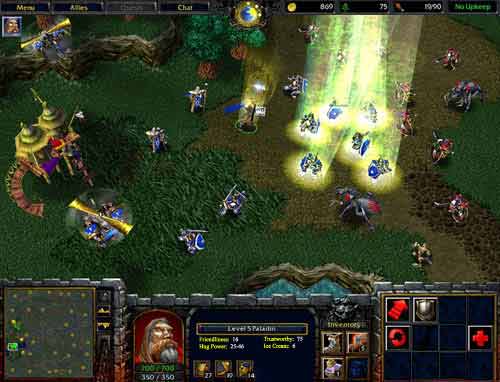 I would just like to point out that adding your favorite cartoon character to a random image doesn't make it gold. Case in point, this "grr1d" picture. Wow, it's a cartoon character thrown in. How exactly does this make war fun? I don't know, but I do know I wish somebody would shoot me. I'm tired of all this. 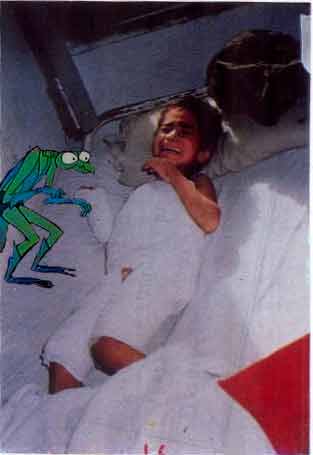 "retarded man" just threw in some party hats. This magnum opus must have taken an entire two minutes, what with the pasting and all that. After that, there simply was no time to try to match the colors, because that would have required clicking the mouse at least a couple more times. THANKS FOR THE EFFORT PAL! 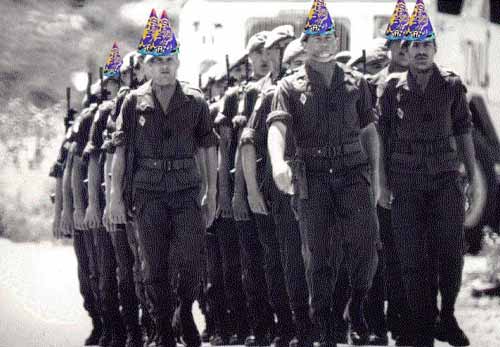 "7-12-Twice" decided to combine a battleship with a cruise ship, creating this seamless beauty. You really can't tell where he edited, or even that this is Photoshopped. It's just that amazing! Seriously guy, if you want to cut and paste stuff, at least go to the trouble of actually cutting before you paste. Never mind that the perspectives don't match, you could have at least fucking made a clean, precise selection before you pasted! Instead we get a giant blobby chunk of a battleship just floating above this cruise ship. ARGHHH!! If I wanted to look at unhealthy blobs, I'd ask for a sample of your urine. 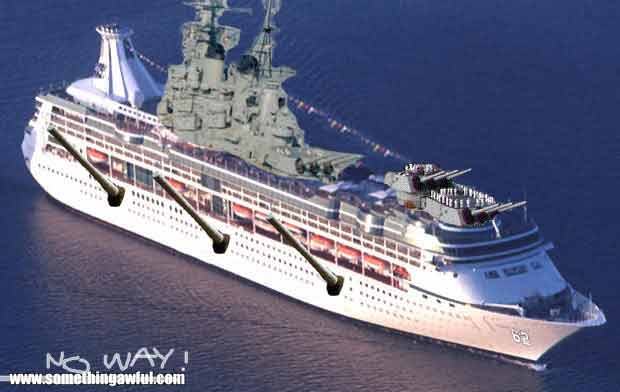