It was only a matter of time before the Unicyclist forum was featured on Weekend Web. These guys have been screwing around with their sick unicycle fetish for too long! It's about time we here at Something Awful take swift and hard Internet justice against these one wheel clowns.

MY FATHER BUILT BICYCLES YOU JERKS.

Christians and unicyclists is a better combination than Final Fantasy and Christians at least.

Jesus, he was just asking. You've got some issue Mr. Unicycle man! 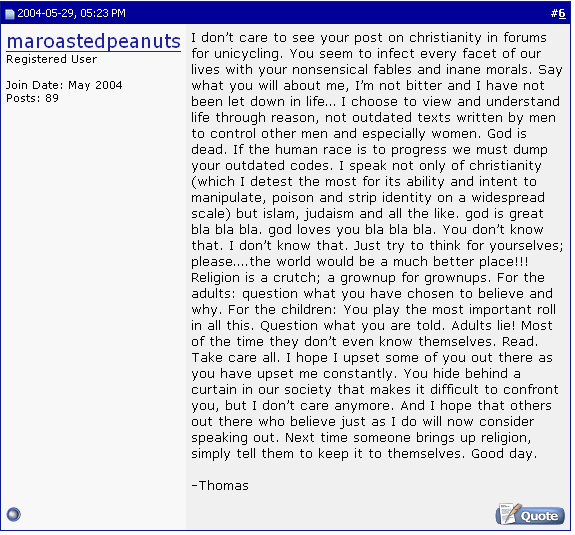 His sons must be proud.

Unicycle right over those bastards! 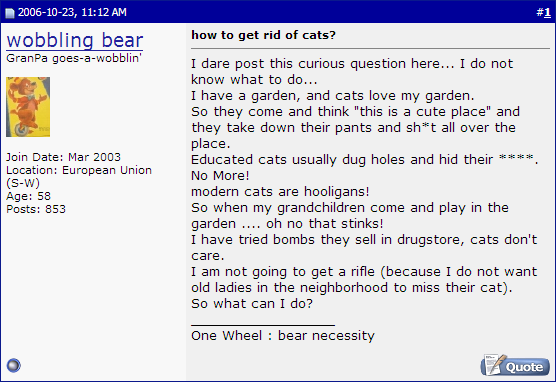 Unicycle drama is a lot more boring than regular drama.

Ooops, what is this doing here???

Unicyclists have a one wheel, one track mind.