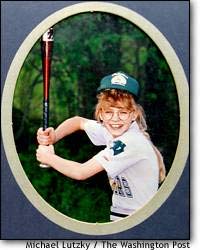 This Poem was posted on the Jessica Lynch Forums and touched me so much I had to include it on the Main page, it was written by 12 y/o Candice Malone of Virginia

Dear Jessica this poem is for you.

An American hero
Jessica from what I hear you are really cool, I also hear you want to be a teacher at an Elementary school.
You left your country to fight in danger, you were trying to free people who were filled with anger.
You are now all over TV you have become an American hero, when I compare you to any superhero in the world you win 10 to 0.

Son of a bitch. First of all: NO. Second of all: Motherfucker, if you put a link to that retarded ultra-patriot country western singer's weepy jingoistic shit log of an album on your site you are doing a disservice to every man, woman, and dog that ever died for this country. Not that I have huge Jessica Lynch posters on my wall or anything, from what I read it sounded like she got in a car wreck while being shot at. I guess if that makes her a hero I may qualify as well for almost falling over one time when some guy started shooting outside my apartment. But even if she barely meets the standard for hero it's still a horrorshow of a site full of patriotism gone almost as wrong as the site's color scheme.

P.S. - The majority of the site is devoted to forums that practically worship Jessica Lynch like she was Dale Earnhardt reborn. As much as I would like to encourage you to make fun of these fine folk I would ask that you try to restrain yourself for once.