Possibly the best video ever (no homo)

Combining all the machismo of Elton John's mid-80's catalog with a mustache that would make Freddie Mercury weep with envy, Canada's (as if you didn't see that coming) Pierre Nadeau is every man's nightmare... because he can get any girl he wants!

Look, I know what you're thinking and you're wrong, okay? Prancing around with a keytar and gazing longingly at a male lifeguard's glistening pecs doesn't mean anything. I mean, look at the title of the song for God's sake: "Girls - Boys". See? Pierre loves the ladies so much that he gave them top billing in his song! Pierre is as straight as an arrow, and nothing you can say can convince me otherwise! 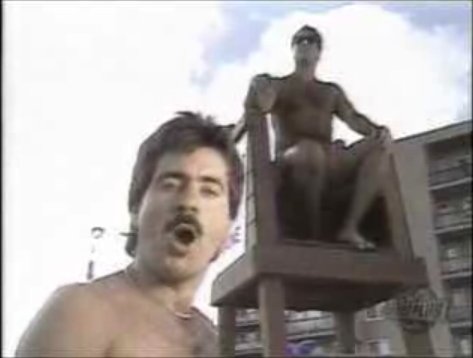 "Possibly the greatest music video of all time! Thriller has got nothing on this. "