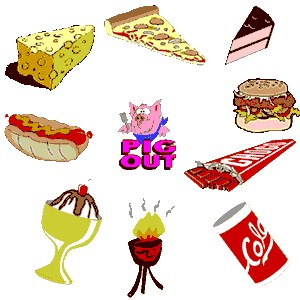 When I was around 12, my friend and I used to bake stuff every once in awhile. We'd sometimes throw random things from her kitchen in the batter; a bit of ketchup, some milk, pieces of cereal... They were never noticeable, though. We gave them to people at school and laughed about it to ourselves.

However, one batch went wrong when my friend put too much baking soda in them. I think she mistook teaspoon for tablespoon. I still remember my dad taking a big bite out of one and boy was he surprised.

On vacation I wanted to make Mojitos for my family. I made a big deal about it, everyone was excited, I was making mojitos after dinner. We were going to sit around on the deck, watch the sun set on the ocean and sip mojitos all night.

Well, I went to the grocery to gather ingredients and return. Print multiple recipes with various small details. Different amounts of sugar, how well to crush the ingredients, how long to let the ingredients mix before pouring, etc.

I made the first one, not bad. Doesn't quite taste right and I can't place it. I make more and share them with my "beta testers". Everyone agrees they are good but don't really taste right. I can't figure it out.

It wasn't until I let my mixologist uncle taste that we placed it. I had bought cilantro instead of mint. After I started using mint, it turned out great. Surprisingly, cilantro is not that bad.

My Dad tried to make spaghetti when I was younger, and thought to add caraway seeds- an entire bottles. The resulting dish was pitched in the yard, where the stray dogs in the trailer park wouldn't eat it. They'd eat spoiled milk out of a moldy dumpster, but they let that fucking sauce burn a hole in our yard.

I once baked a pumpkin pie but forgot the sugar.

More recently I was making huge batch of marinara sauce and meant to add corn starch as a thickener. I grabbed a familiar-sized rectangular cardboard box and spooned in a tablespoon. It was baking soda.

Also, I was making steaks and homemade fries. I realized I was out of both peanut oil and shortening for frying the potatoes, so I decided to try Butter-Flavored Crisco that I had for some reason. Gah. It took days with all the kitchen windows open to get that godawful reek out of my house.

Some friends and I once decided to add beer to scrambled eggs. It turns out eggs are nothing at all like bratwurst. They turned gray for Christ's sake.

When I was 12, I was making molasses cookies to take on a camping trip. In reading the recipe, I managed to somehow translate 1/4 teaspoon into 1/4 cup. Unfortunately, the mistranslated ingredient was baking soda. The cookies looked perfect, it was only once you bit into them that you realized there was a problem.

My parents did not try them, instead wanting to show off their oldest daughter's first solo attempt at baking to the other families we were camping with. It was at least 3 years before any of them would eat anything else that they knew I had made.

Age 10 or so I was fixing myself a pretty standard breakfast of scrambled eggs with sauteed peppers and onions and decided to try my hand at hash browns. They were the patty style (frozen) like you get at McD's. I threw some oil in the pan and in went the frozen potato cake.

Somehow, I have no idea how, it completely went up in flames. I guess the oil was just too hot.

Then I throw water on it which apparently is not what you're supposed to do on a "grease fire". This freaked me the fuck out because I figured if you put water on a fire it will stop being a fire, but no.

I had to wake my mom up with "Uhmmm, FIRE!" feeling like a complete dumbshit.