If this model was ten times heavier and was unable to turn down crap projects, it would be the spitting image of Chow Yun Fat from Hard Boiled. 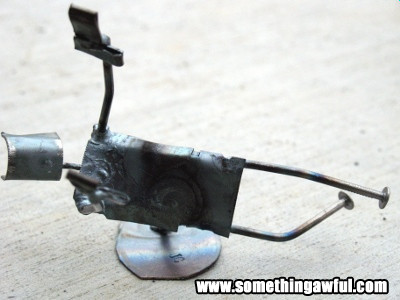 I'm blown away by this metallic figure holding a kite! 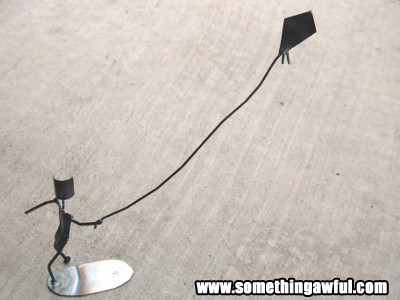 What could be more metal than metal? 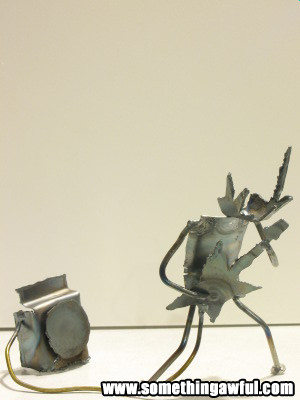 This is a creepy monster thing that looks like it belongs in a Silent Hill game, or possibly in a dentist's hand. 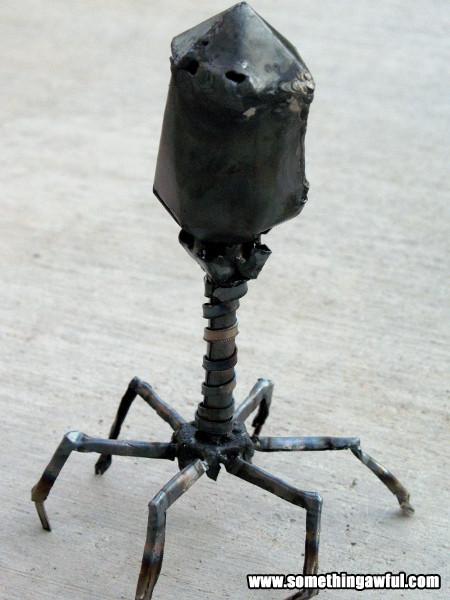 Futurama were first to reference a metallic paperboy, but I'm sure that not even Matt Groening could predict our next idea; knife infomercial jokes that go on too long in a dated Lord of the Rings parody. 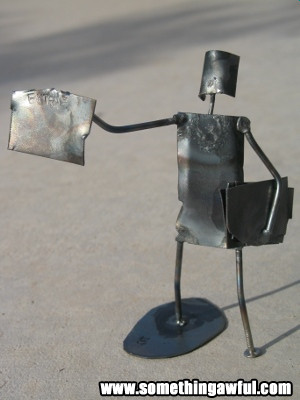