The Art of Carving Pumpkins

There are some special traditions which we've all grown accustomed to dealing with every Halloween. Everyone looks forward to children looking for candy, adults losing their dignity in ridiculous costumes and yet another terrible Saw sequel being released. Carving pumpkins is another pointless tradition that people tend to waste their time with every October. Our forum goons are no strangers to wasting time, and they've been diligently slaving away in their parents' basements, or "workshops", to create a whole new batch of unique jack-o-lanterns. Take a look at some of their finest and spookiest works!

AFewBricksShy took this photo of The Knight at night. 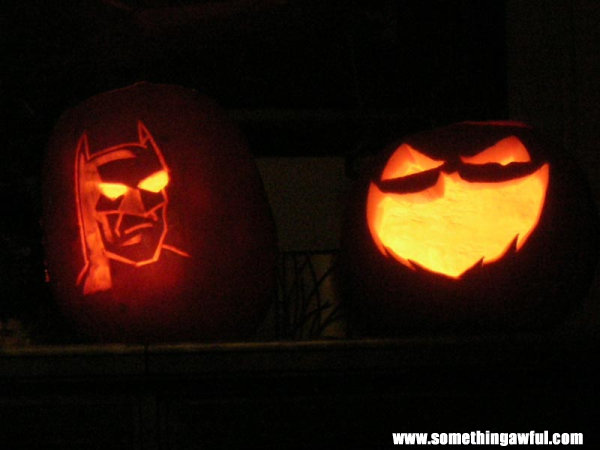 Albino Squirrel just performed a Fatality with Sub Zero and is now ready to reap the tasty rewards. 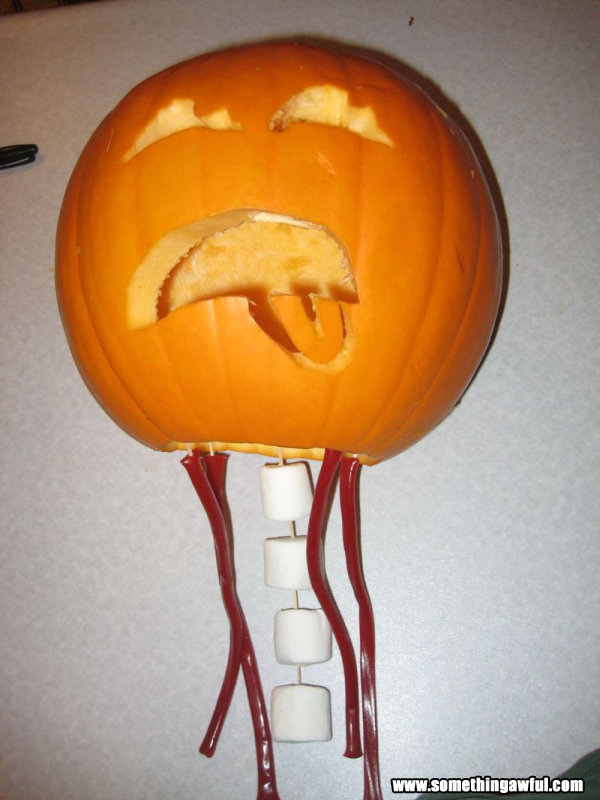 I hope you like nightmares because Bernforever is about to give you a month's worth of them. 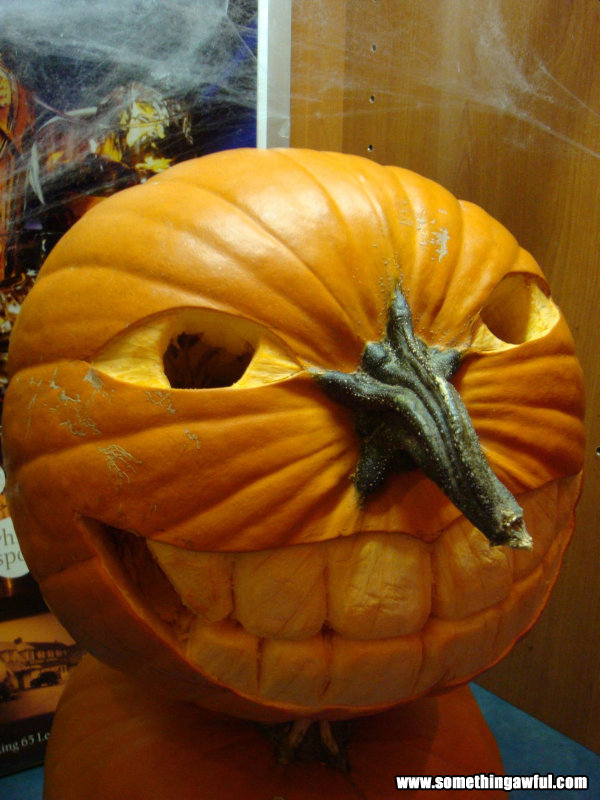 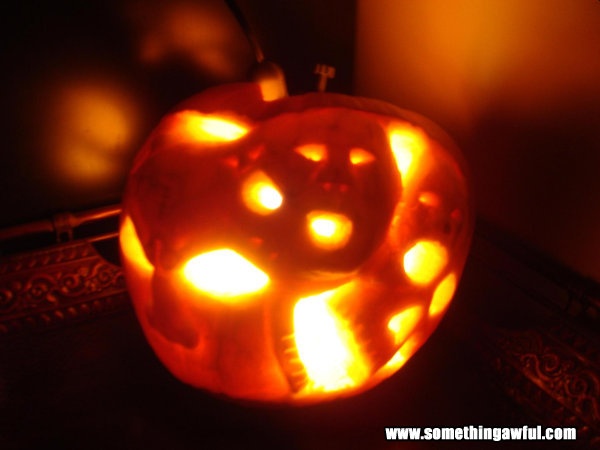 As a huge fan of the genres of rape, internet memes and cruel racial stereotyping, I was blown away by this effort from coods. 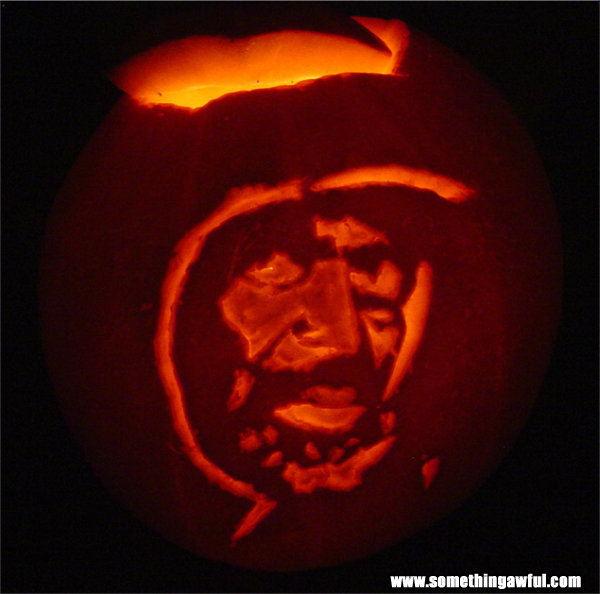