Please enjoy this image of a metal dog walker, no relation to Lukesky. 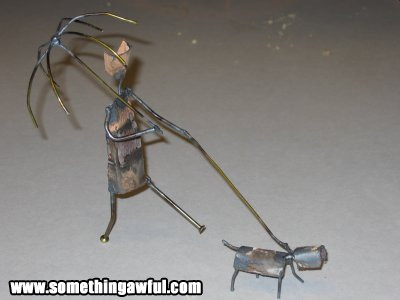 Using "Domo arigato, Mr Roboto" as the caption for this image would probably be the wittiest thing every found in the cesspool of failed puns and penis jokes that is the Comedy Goldmine. 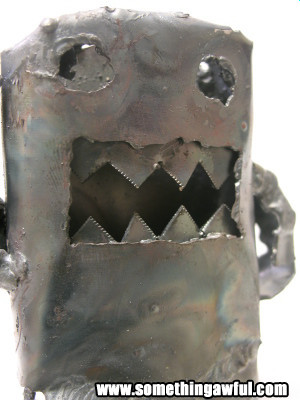 The artist has perfectly captured the essence of the average drunk here, complete with the puddle of piss seeping from the pants-leg. 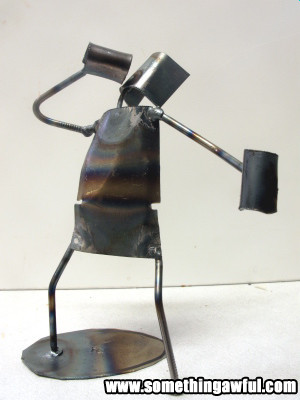 Here is a model of a football player shoplifting. 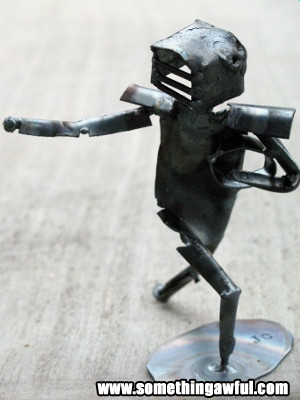 Sometimes even gun-toting metal figures stop to contemplate the horror they are unleashing on the world every time they open fire on an unsuspecting gang of paperclips. 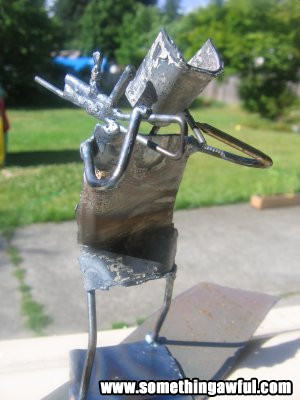