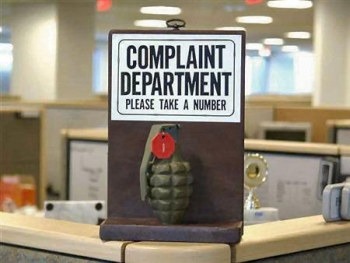 I've been turning down my co-worker's mouse speed for the last few weeks. He just started complaining today and while he was away, I set it back to normal. When he got back I told him the optical sensor was dirty and needed cleaning. I showed him how to clean it with a tissue. He is now convinced this was the issue.

Then I turned his mouse speed all the way up before I left on Friday, he left his computer unlocked again. Today he said I cleaned it too well and it was really fast now. He asked me if I could dirty up the sensor a little so it wouldn't be so fast. I struck the next chance I got, turned his mouse speed back to normal. Then went into his registry and changed the speed to the lowest setting. When he got back, I told him I took care of the mouse and he thanked me for that. The registry change won't take affect until the next time he reboots his computer.

Anytime we got a new employee I would tell them that the owner had two retarded children and that he gets really upset when the word "retarded" is used. Oh god, their faces when they would slip up and use "retarded" when he was in earshot. Priceless.

A co-worker left on vacation for a week, so the entire office worked together to do this: 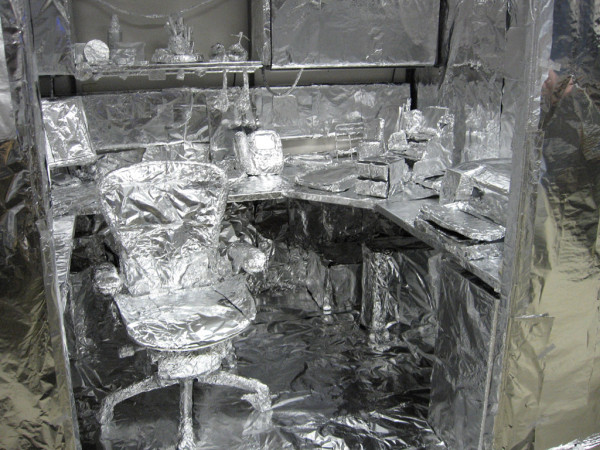 Since we had an entire work week, we were able to get really detailed: 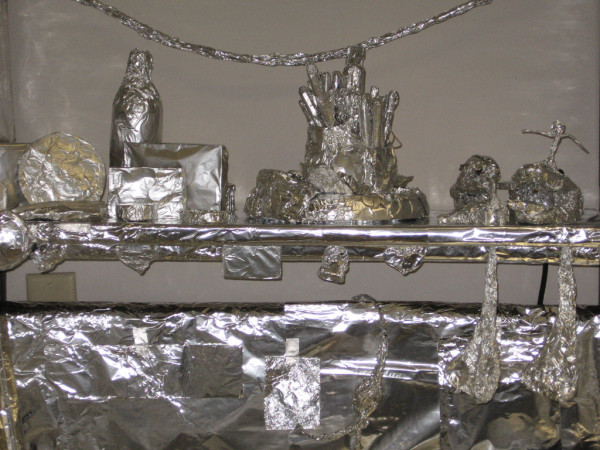 On a rainy day, empty the hole punch into someone's umbrella.

Back when I worked in Radio, my boss(the program director) and I used to pull this prank on all the new DJs. The DJ's headphones are usually plugged in directly to the board so that they can immediately hear what they're saying and how it sounds. To mess with them, we would switch some things on the board around to make the sound coming out of the headphones and the speakers what was actually being broadcast at that moment, which just happened to be a 2 second delay.

It would blow their minds. They were so used to hearing themselves immediately that they couldn't function with the delay. Instead of saying "Ninety eight point seven K---" it would turn into "Nii...Niii....Niiiiinnnntey eiiiiight pooooooiiiinnnnnt seeeevvvveeeenn." The only DJ who actually acquitted himself well was the guy who tore off his headphones right away so he finish the segment.

We recorded it, of course, and put to good use as often as possible.

We used the Micros system at the restaurant I worked at. People would frequently forget to service total their checks after running a credit card. This means they left their table up on the screen. Some fun things I would do include:

Changing the check name, so the next time they pull up their card instead of seeing "Tbl 45/1" they see "BOOBIES" or something else. I'd leave messages telling them to service their checks, "(Manager) is a douche", etc.

Entering in things that cost $0 on their checks. Got a lot of kid's milks from the bar, nabbed a free salad every once in a while, and sometimes I'd just send goofy things back to the kitchen. You know: