Nicky Lemons has a guide to something which probably should not come standard on most flights.

Nobody kicks it up a notch with everybody's favorite: nude cartoon men on plane wings! 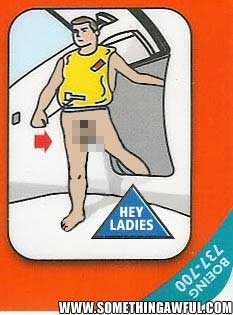 NoneMoreNegative has a very creative way to escape, assuming you're coordinated enough to press the buttons in the proper order.

Platypus reminds us all about what to do when the plane's clock hits 4:20. 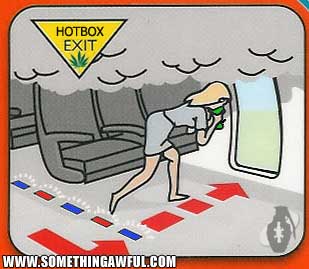 pufflycloud has a primer for the perfect ninja. Seppuku is naturally required after such a proficient job!