I put a live damselfly in a scanner. 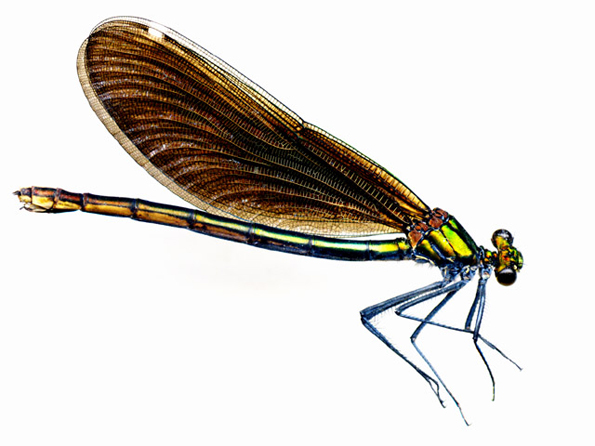 Was the damselfly still alive and well after the scanning process?

Yeah, it was still alive and well. I put it in an envelope in the fridge for a couple of minutes to slow it down. That gave me about 30s before it started moving its legs around again.

It's a female Calopteryx virgo, a common European species.

Once while hanging around outside my work building, I was absentmindedly staring at a crane fly that was resting on the brick. Suddenly a yellow jacket came out of nowhere, tackled the fly, and flew off with it. Later, I told a friend what I had seen, and he blurted "I challenge you to make a picture of the yellow jacket hiding the fly's body. Oh, and you have to make it entirely out of pieces of fabric." 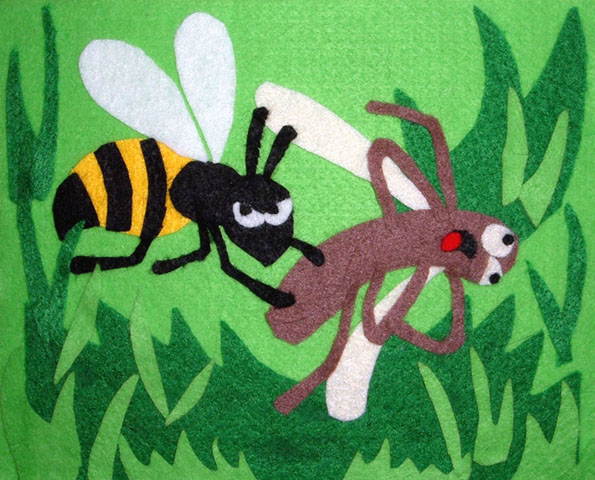 Oh, man, I really shouldn't admit what a dweeb I was in high school, but I made this elf (

) during senior year. It was mostly spray-foam and plaster.

So was it, uh, anatomically correct?

Nope. The chairs are just there to make sure it didn't tip over.

I grew this mustache 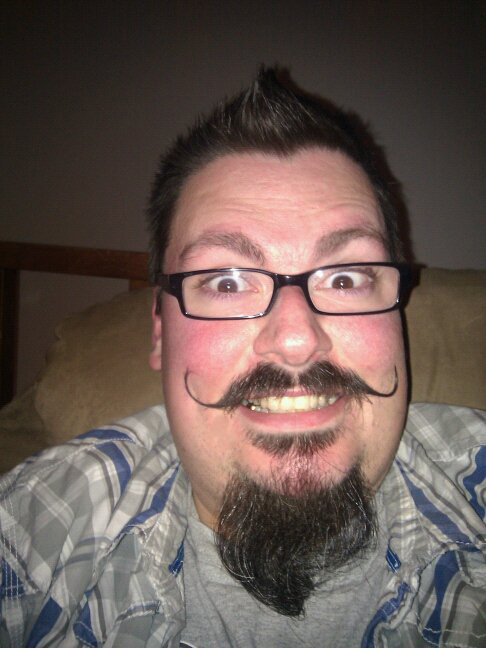 I also do velvet paintings. I present Dr. Steve Brule 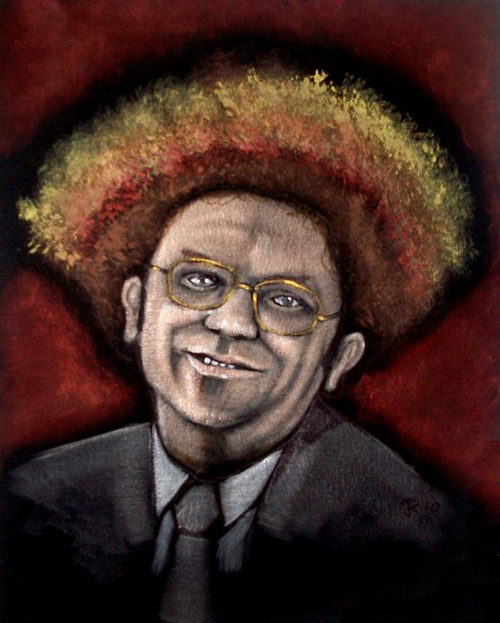 Another velvet painting... the Three Stigmata of Palmer Eldritch. The eyes, teeth and hand are blacklight-reactive. 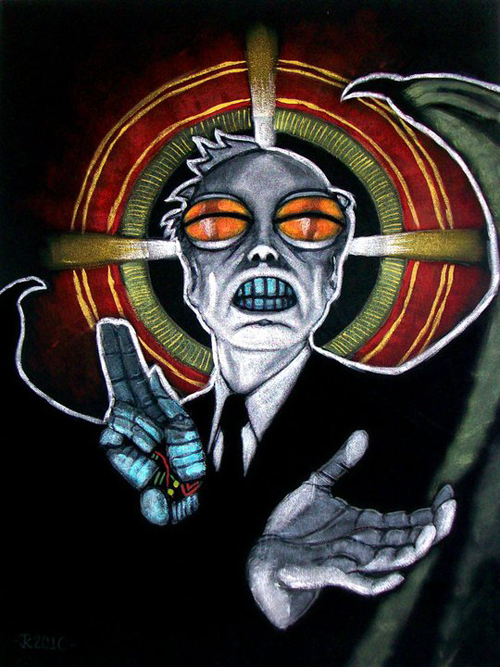