Having got the obvious joke out of the way early, let's get serious; do we really need another adaptation of Great Expectations? If anything has been done to death in the realm of cinema and TV adaptations, it's the work of Charles Dickens. Even this very column once evoked A Christmas Carol to get into the festive spirit. And now we've got Great Expectations all over again, something that was adapted definitively by David Lean back in 1946. That film is, unavoidably, the one to which all future adaptations of the material will be (usually unfavourably) compared. So, here we go again. 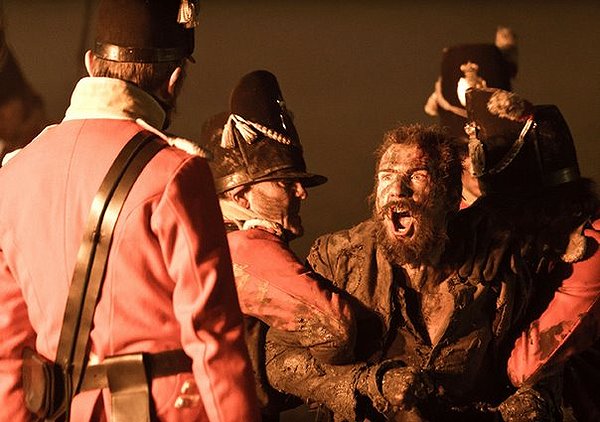 REALITY: If you walk into this film wondering, as I did, whether we really needed it, then you're going to leave with a definite answer: "absolutely not." This has all the weight of a poorly lit TV movie built around a handful of interesting performances and a yawn-inducing helping of historical accuracy.

We all know the story by now; blacksmith's apprentice Pip (Jeremy Irvine) goes to London when he comes into a fortune from a mysterious benefactor, who he believes to be Miss Haversham (Helena Bonham Carter) with whose daughter Estella (Holliday Grainger) Pip is madly in love. When it turns out his benefactor is escaped convict Magwitch (Ralph Fiennes), to whom he showed some kindness when he was a child, he becomes embroiled in a plot of intrigue and revenge.

The pacing of this film is very odd. The first two acts are rushed through in a great hurry so they can get to the plot as early as possible and then it slows to a bitter crawl. Is anyone watching Great Expectations for the plot at this point? Sailing through all the character moments to get into the intrigue as early as possible is a bizarre decision. All the humour and humanity of the story is lost in favour of a twisty thriller. Every time the threat of calming down and getting to know the characters and their relationships looms, the scene ends. There are only two or three moments in the entire film where you get the impression that it wants you to really see something and, in the scheme of the whole thing, those moments seem oddly chosen. 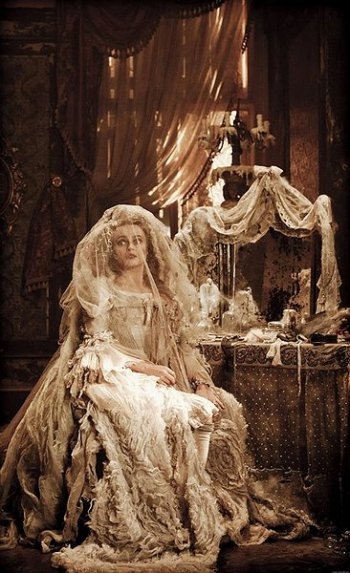 Yes, we know, your fiance left you and now you're crazy as hell. We've seen it.The decision to change this story from a character-driven one to a plot-driven one would be understandable if they'd retained some of the humour and wit of Dickens' original writing. Instead we have once-beloved characters leaving little impression on the audience thanks to a mostly bland cast. Jeremy Irvine, as Pip is the worst offender. Without his narration, the character is reduced to an observer and the performance really needs to shine through in spite of that. Irvine is a charming enough presence and hold the screen well, but he doesn't really do anything interesting. He's no John Mills, that's for sure.

Other members of the cast are a mixed bag. Ralph Fiennes sure can overact when he wants to and he certainly does so here. If he didn't have a film of his own in production where he actually plays Charles Dickens, I'd wonder at the interest in getting him in for this part. He does well enough, but he feels a little miscast. Helena Bonham Carter is the standout, giving Miss Haversham a sense of wry sadism, rather than actual mental trauma, which is very interesting. Also good are Jason Flemyng as Pip's brother-in-law, proving again that he's one of Britain's top character actors, plus there's Robbie Coltrane as the lawyer Jaggers and Ewen Bremner as his assistant Wemmick. On the other hand, there's a horribly overwrought performance from David Walliams, best known for playing horribly offensive racial stereotypes in TV sketch comedies, and a rather depressing turn from Holliday Grainger as Estella.

One of this film's major issues is its eye toward historical accuracy. I'm sure it's admirable in the eyes of a museum curator, but there's a line that has to be drawn with these things. Consider Wolfgang Peterson's Anonymous, which made a point of drawing humour from walking knee-deep in horse shit through the streets of London. Here, paving the streets with manure simply feels like it's pointing out that this is what it would have been like back then. Who cares? Is this a story or a history lesson? The cinematography follows woefully in the same vein, with every scene as dark as possible, illuminated only by the dim Autumn sun through the undersized windows. This is cinema, I want to see some light. I can just imagine the early morning discussions between director Mike Newell and cinematographer John Mathieson (whose work I have previously admired); "How are we going to light this scene?" "I don't know... let's not."

It sounds like I hate this film, but I don't really. I can never truly hate this story, even when it is poorly conveyed. The problem is that we don't seem to be allowed to enjoy the classics as they were once enjoyed anymore. Dickens is no longer thought of as a writer of stories full of humour, humanity, satire and a sense of the absurd. He is now thought of as a portentous historical curiosity. When David Lean adapts Great Expectations, it becomes a joyous and beautiful thing, but when Mike Newell does the same it becomes just another desperately realistic costume drama and, no, we do not need another one of those.

MINORITY REPORT: The reason this film exists, Ian, is that somebody somewhere really, really wants to be nominated for Best Costume Design. It happens practically every year, you'd think you would get it by now. - Martin R. "Vargo" Schneider