My Week with Marilyn

EXPECTATIONS: You know it's officially awards season when you start getting a slew of movies in which actors and actresses put their heart and soul into embodying a real person of historical interest in the hopes of winning a little gold man. In this case, the actress is Michelle Williams and the real person of historical interest is Marilyn Monroe. 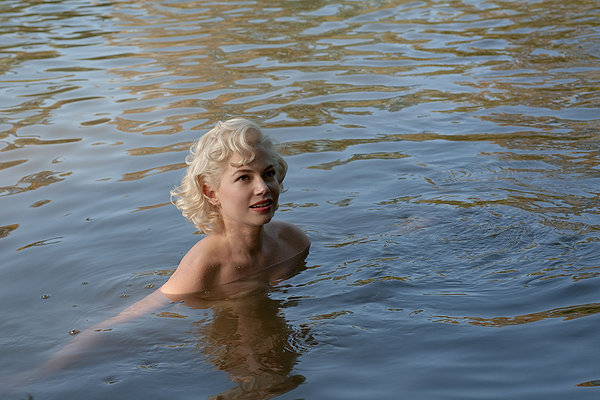 That has got to be bloody cold.

REALITY: Awards season is also the time of year in which made-for-TV movies get blown up onto the big screen so that the leads can secure a nomination. This is what happened with the God-awful Ray and not-quite-so-God-awful The Queen, and I have the distinct feeling that this is exactly what has happened with My Week with Marilyn, a particularly dull television drama that managed to secure a cinema release entirely on the strength of its cast.

The film follows the exploits of young Colin Clark (Eddie Redmayne), who leaves his country life behind to work with Sir Laurence Olivier (Kenneth Branagh) in the film industry. His first job is as third assistant director on Olivier's The Prince and the Showgirl, for which he brings in American movie star Marilyn Monroe (Michelle Williams) to play the lead. Things get tense when Monroe's "method" approach to acting cause problems on set and Olivier struggles to direct her at all. This all starts to change when Monroe develops a whirlwind romance with Clark through which she is able to find the heart of the character she is playing and complete the film. That's all. 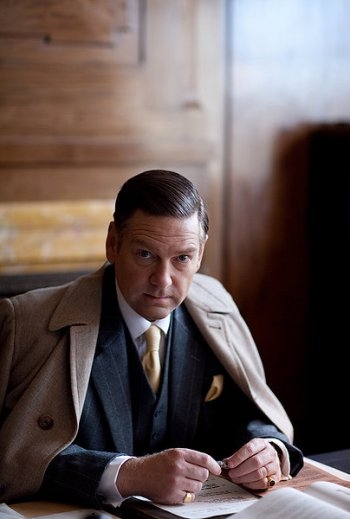 I don't think they could have found anyone who looks less like Larry Olivier.This film has all kinds of problems trying to connect with its audience. Every time Marilyn walks into a room, everyone else is lost in wide-eyed, slack-jawed awe. It is clear that we are supposed to think she is extraordinary and brilliantly talented, but it is never made clear why. Likewise, we all know that Olivier is a great Shakespearean actor who had something of a rocky film career, especially in his directorial efforts, but this is also never fully established in the film. In fact, this film makes very little attempt at establishing who Laurence Olivier is at all.

On top of all that, director Simon Curtis shows absolutely no affection for the cinematic arts. I suppose you could call him an actor's director, and it's clear that he would be much more comfortable directing stage plays. Here he has made a film about the film industry of the '50s without showing the slightest interest in the actual films or filmmakers of the period. The Prince and the Showgirl is far from being a good film, and Monroe's lack of punctuality threatening to end the production is hardly something we should be worried about. If Curtis had approached this story as a Prince and the Showgirl apologist and attempted to replicate that film's formulaic, manic silliness, then My Week with Marilyn might have found a heart. As it stands, it seems Curtis has nothing to say on the subject.

So what does interest our aloof director? Well, there must be something about Marilyn Monroe and, specifically, her relationship with Colin Clark that intrigued him enough to make this film. Whatever it is, I'm not seeing it. They are a completely unlikeable couple. She's a mess, he's a wet blanket, nobody gives a shit. It doesn't help that their big romantic day consists of things you'd find mind-numbing if you did them, let alone watching someone else do them. Hooray, Derek Jacobi showed them two drawings! Woo hoo, they visited an all-boys school! Can I go home now, dad? I'm really bored. 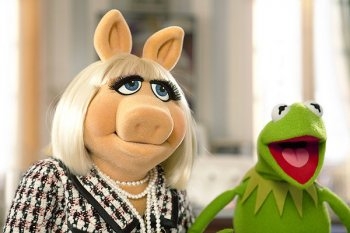 Here's some Muppets again, in case you're getting bored.Surely, then, these Oscar-hopeful actors are turning in great performances? Yeah, okay, I'll give it this one thing. Williams is a better actor than Monroe ever was, and it's clear that this year's Academy Award for best performance by an actress in a leading role is now a two-horse race between her and Meryl Streep, playing one of America's most beloved movie stars and Britain's most hated Prime Minister respectively. Branagh is an interesting choice for Olivier given that their careers share many parallels, although Branagh has certainly had more success as a director. He nails Olivier's intensity, his lip constantly stiffened, but isn't helped by this film's lack of interest in the man himself. I would not be at all upset if either of them ended up being recognised at the Academy Awards, but this film doesn't deserve accolades in any other area.

What's it even about? Acting? You can't make a film about acting when you fail to take the medium into account. This incredibly dull TV movie is of interest only to elderly women sitting at home knitting and commenting about how "She's not as pretty as the real Marilyn Monroe, is she?" People who actually care about films would do well to give this a miss.

MINORITY REPORT: Heath Ledger's death is possibly the greatest contributor to Michelle Williams' career, however hard that sucks. She's a talented actress; too bad her roles came from an industry's pity: "Aww, your BF died? Have some prestige roles." - Sean "Keanu Grieves" Hanson