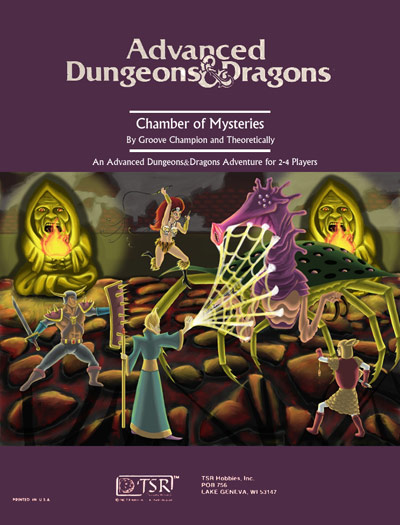 Steve: Totally would believe this cover if I saw it on an old module.

Zack: Anything that has polyps, nodules, sacs or growths has probably appeared on at least one Erol Otus D&D cover.

Steve: Crazy redhead with a whip is turning me on a little bit.

Zack: Same, except for me it's the cleric trying to turn undead on ant eater cthulhu.

Zack: What if I told you I was a doctor?

Steve: I wouldn't believe you.

Zack: What if I showed you a jpeg of a stethoscope?

Steve: Hm, that's a start. Does it say CORBIS on the image?

Zack: Only because I am Dr. Corbis.