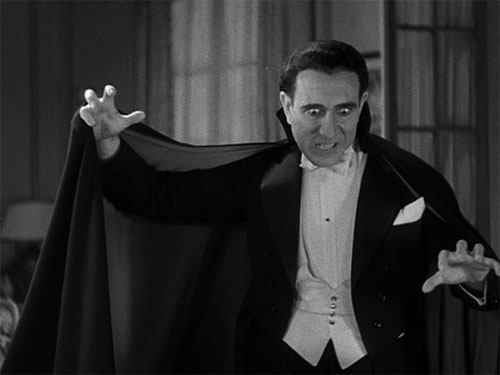 Dr. Thorpenstein: I think Dracula is scary to us because he represents our intense fear of guys who are cooler than us.

Zackula: Dracula is the name brand vampire. If you're watching a vampire movie and it isn't a Dracula then, son, you need to step up your game.

Dr. Thorpenstein: Nosferatu is the Pepsi of vampires.

Zackula: Blade is the Dr. Pepper.

Zackula: "Honey, what was that buzzing I heard? Why is the window open? Why does it smell like the hot meat tray at the buffet?"

Dr. Thorpenstein: Yeah, the plot of Dracula is all about that. You bring home some rich client from your job, and suddenly your ladyfriend is laughing a little too hard at his jokes, and next thing you know the female orgasm is attained by some mysterious means that are totally lost on you.

Dr. Thorpenstein: I think I have to object to the Dracula/Wolfman pairing posed in this clip. I don't think Dracula has a single minute to spare for a roughneck like Wolfman. Dracula is a caped sophisticate, but Wolfman is just a guy who can't hold his shit together.

Zackula: Maybe they have a Big Brothers type program for monsters. Dracula gets a wolfman to play floor hockey in a crypt, Invisible Man ends up trying to feed french fries to the Creature of the Black Lagoon. 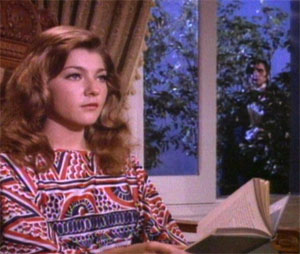 Zackula: Dracula is totally not country at all. Dracula is a David Bowie song heavy on the synth. He's dressed as an orchestra conductor but fancier.

Dr. Thorpenstein: It's just a figure of speech. Plus, Dracula is totally country.

Dr. Thorpenstein: He lives out in the woods, he has a dog (Renfield) and a truck (wagons and shit) and he's pining over his lost love.

Zackula: He lives in the mountains, he has a castle and a harem of vampire slave women, and he has excellent dental hygiene. About the only thing reminiscent of hillbillies is that he is afraid to travel in a plane over the ocean, but that's because of a literal curse and not the curse of morbid obesity.

Zackula: Speaking of castles though, that's another reason to look down on Wolfman. Back in the day if you didn't have your own castle you were hardly worthy of monster pantheon inclusion.

Dr. Thorpenstein: Well what the fuck good are you as a monster if you can't at least take over a castle? If you get super good at killing with impunity, the first thing you should do is find a castle and kill everyone in it, because free castle.

Zackula: It worked for King Ralph.

Zackula: "Roseanne, what was that noise I heard and why does it smell like -- oh, you brought the loose meat tray home again."