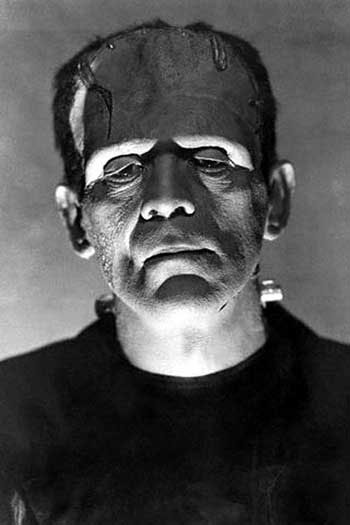 Zackula: Maybe more efficient, but DARPA has a $1 million prize offered for a "Child Strangling Corpse Monster." The top engineering schools compete every year out in that desert where they test the tanks that drive themselves and that robot that looks like a freaky donkey that they kick over and over again.

Zackula: That is really really close, but the project had to be terminated because he could not be controlled and broke free. He strangled a dog before they could hit the deactivation switch.

Dr. Thorpenstein: I've never read the book, but isn't Frankenstein's monster supposed to be kind of an erudite chap? I'll bet he's pretty irritated by his portrayal in the media. 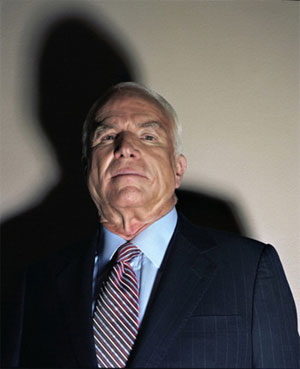 Dr. Thorpenstein: I'm also talking about the historical Frankenstein's Monster here, not any of the works of fiction based on him.

Zackula: Yes, they perverted his story for this Hollywood dramatization. He was actually a total pacifist. The villagers loved him as well. They used to pay him to strangle their unwanted pets.

Zackula: I'm not sure which biography you read, but the more recent ones delve into how he was probably an exceptionally large autistic and not a corpse at all.

Dr. Thorpenstein: I can't really get scared of fictional Frankensteins anymore, because it's just too broad a cornucopia of fear metaphors: corpses, lunatics, big people, the retarded, Mike Huckabee's son, scientific hubris, death, creating something you can't destroy, etc. If I wanted to be scared of that many things at once, I'd just go outside.

Zackula: Or look up "headaches" on WebMD.

Dr. Thorpenstein: Keep it to one scary thing. Like maybe he's just a big dead corpse, and Frankenstein the scientist keeps shooting it with lightning and it kind of jolts and sizzles, and it's all pretty gross. THAT would be scary.

Dr. Thorpenstein: Or maybe he's just a big huge retarded guy, and you go to the bathroom at the mall and he keeps moaning and trying to open the door and you can't understand what he's saying and where the hell is his handler?

Zackula: How did he even get to the mall by himself? Should you call security?

Dr. Thorpenstein: I know! It's fucking terrifying! And calling security is a whole other bag of worms, because they have those blender hands and you have to take a down escalator to even get to the kiosk.