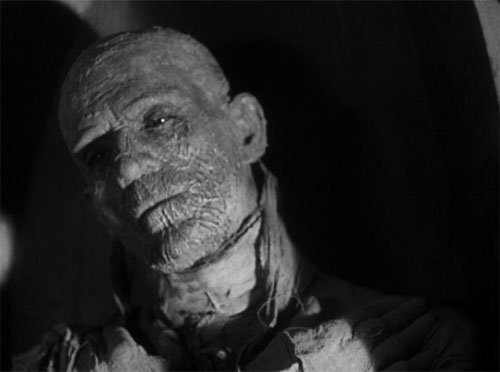 Zackula: Watch the video in the link. From Boris Karloff's gaunt horror to Brendan Frasier's galloping CGI shrillness we end up with the Rock and a Youtube where some lunatic tries to see a woman's vagina in a 10 pixel motion blur.

Dr. Thorpenstein: Hold on a second, I'm still trying to see the vagina. Haven't quite got it yet, but I feel like I'm making a lot of progress.

Zackula: I can't believe Youtube hasn't taken that pornography down.

Dr. Thorpenstein: OK, I upped the resolution to 480p, and I could definitely see something that might have been a vagina inside The Rock's armpit.

Zackula: I can just imagine that guy watching his well-worn Scorpion King DVD and suddenly spilling his drink and grunting up from the couch in exultation as he realizes his incredible discovery.

Dr. Thorpenstein: It's kind of heartwarming to me that people are still doing shit like this in the era of the internet. Back in our day, it made sense to try to freeze frame the Gremlins DVD in exactly the right spot when you can see the Mogwai's cloaca, but now you can just Google image search a real one in two seconds. 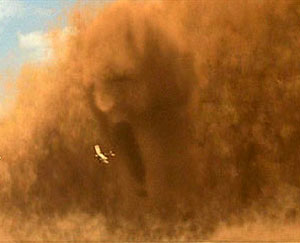 Zackula: Yeah, I sort of wonder about Mr. Skin's business model. I liked incidentally jerking off to celebrities in movies, it was like bumping into an old friend. Hey, Gia on HBO at 2:00 AM, awesome. There's something way creepier about buying a movie and skipping to some specific scene and desperately beating off for a 15-second shot of tits.

Dr. Thorpenstein: I think some people have this thing where if anyone has been naked in a movie, they have to check it off their list. Obviously, it's impossible to jerk it to every single bit of nudity ever in a film. Although that would be quite an interesting task, because you'd probably have to try to stumble through a few shots of naked Kathy Bates in that Jack Nicholson movie and stuff.

Zackula: It would be impossible. The 70s were basically all nude all the time. That was America's seediest decade.

Zackula: The decade where America gave up.

Dr. Thorpenstein: It's pretty amazing to look back on that. Kids these days can get their ya-yas out on the internet, but movies back then were completely insane in every way. They would be shocking now. If The Rock picked up a woman, you damn sure wouldn't have to freeze frame it to see her lady area.

Dr. Thorpenstein: Especially if the movie was Italian. The Rock would be eating nude women's eyeballs out with a fork and then getting peed on by a horse.