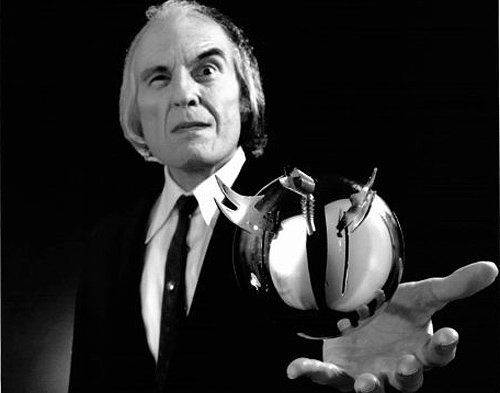 Dr. Thorpenstein: Phantasm preys on our deepest fears of Grandpa being mad at us.

Zackula: That guy still scares the shit out of me. He's like the sort of creepy old dude from when you were a kid that would catch you and your buddies horsing around somewhere you weren't supposed to be.

Zackula: Like at a Phantasm screening when you were seven.

Dr. Thorpenstein: Yeah, one minute you're out carving your name into a dead body by the train tracks, the next minute this scary guy is getting all strict and threatening to call your parents.

Zackula: "What are you kids doing in this Super Fund site? I ought to tan your hides!"

Zackula: Do you remember what the plot of Phantasm was? I think most people just remember this guy and the metal balls, but it had a craaazy plot.

Dr. Thorpenstein: I don't remember. I just remember a scary old man and his evil balls.

Zackula: I warned you not to drink sambuca again! 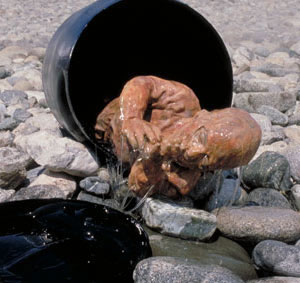 Zackula: The Phantasm plot was the old guy was an alien and he was murdering people with his scary orb and then turning their dead bodies into gnarled dwarf creatures to work as slave labor. There was a magic doorway and at one point people went through it but they couldn't stand up or something because the gravity was too high.

Zackula: It actually sounds pretty awesome now. I think I want to watch them again.

Dr. Thorpenstein: You just can't get away with shit like that anymore. If it doesn't involve attractive youths being strapped to tables and mutilated, it'll never get green-lit.

Zackula: I do wish having your remains surgically altered into a midget and sent to an alien planet to labor eternally was one of the funeral options when you die.

Zackula: "Hmmm I was gonna go cremation, but what's this about midget slave? I'll do that."

Dr. Thorpenstein: Yeah, you're gonna be dead anyway, might as well go for the wild ride.

Dr. Thorpenstein: And presumably the old guy is no longer mad at you if you make that choice, which will save you a lot of emotional discomfort.

Zackula: Right on, it's like the people in zombie movies who shoot themselves instead of turning into a zombie. What the hell? Maybe being a zombie feels amazing.

Dr. Thorpenstein: You should at least hang yourself, so you don't have to die horribly but you still get to hang out with all your buds and eat some guts.