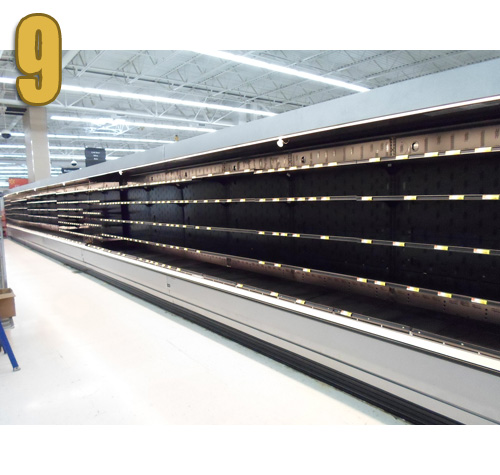 Closed in 1999, this now-vacant Wal-Mart store once sold thousands of shelf-stable pudding flavors. Mexican day laborers liked to go to this store to buy work boots made in Vietnam, but now there are about a billion wasps living up in the rafters. Hard to imagine just a little over a decade ago a single mom trying to decide which brand of string cheese to buy for her fat kids with names based on variations of Aidan. 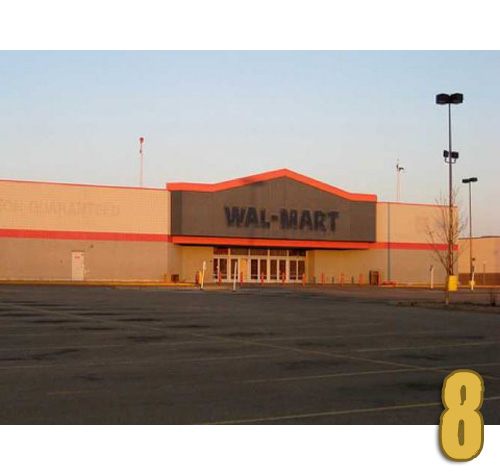 The Wal-Mart here was forced to close after the town's chief employer, the factory that made monogrammed cat socks for diabetic cats, closed because it lost its Wal-Mart contract to a factory in a Bangladesh mole people hell hive. The dry, Ohio desert heat has largely preserved the location since its closing in 2001. If you go inside today you can almost hear the sounds of teenage girls surreptitiously asking the pharmacist to double bag their pregnancy tests.