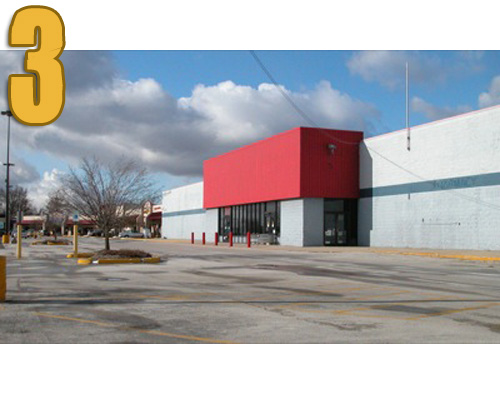 You may remember this Wal-Mart Store, closed in 2006, as a location used for filming in the Tom Hanks blockbuster Larry Crowne. It was visible in the background as a "SUPER SHOP" during the scene where the titular character talks to Julia Roberts about traveling in Europe. According to the Larry Crowne wiki, the signage was digitally added in post production by Vektor FX, the same digital effects studio that handled the effects for 2011's "Stone Cold" Steve Austin film, Tactical Force, which was interestingly also filmed in Los Ambulance. This particular Wal-Mart was closed to make a suitably depressing backdrop for diners at a Chinese buffet. 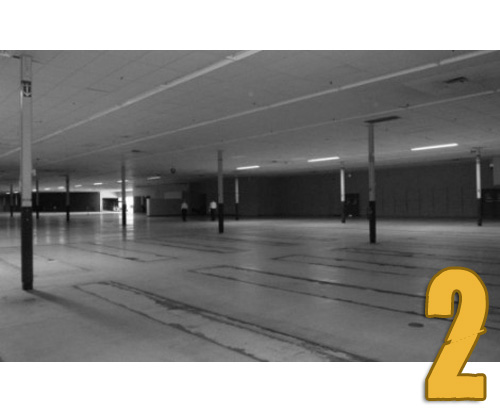 This Wal-Mart Superstore was closed in 2010 following the infamous Black Friday incident in which advertised deals on low-end flat screen TVs caused a group of crazed shoppers to rise up and destroy the structures of capitalism. They slaughtered the managers, built barricades out of DVD players, and successfully held off police until they were able to establish a post-structural Marxist Utopia based on spontaneous consent groups. The aisles, once devoted to antacids, Twizzlers, and plastic storage bins, were transformed into hydroponic farms growing beets, kale, and chickpeas. Some of the shoppers became hunters, others engaged in groundbreaking artwork free of the constraints of commercial interests.


Of course, they eventually turned to cannibalism, and their gnawed bones still litter the floor.