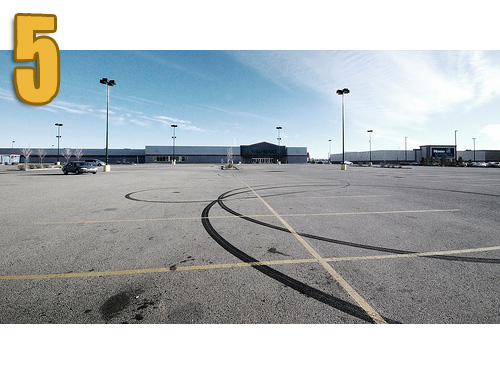 This cathedral of capitalism was Wal-Mart's California flagship store until 2006. It was the first Wal-Mart in the state to have the hair cutting robot, first to have the self-checkout for dogs, and first to sell surf boards with custom airbrushed photos of gang members. After years of declining sales, it was closed in 2009, and urban explorers frequently go there to climb around in the exposed ceiling and break their tailbones falling into shelves. Also popular with California's wild homeless, who will give you scabby hand jobs with complimentary unblinking, dead-eyed stares in the burned out shell of the bank branch in exchange for tortilla combos. 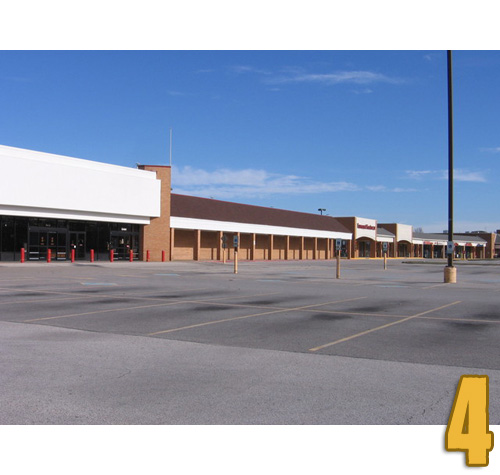 It's hard to imagine a list of amazing abandoned places that does not include this Wal-Mart in Delaware. An architectural marvel when it was built in 1992, its then-unique featureless wall facade innovated the design of anchor stores in strip malls around the country. It also had the second highest ceilings of any one-floor retail outlet in New England until later that year in 1992. Obama's economy has been rough on all of America, but particularly the badlands of Delaware. This Wal-Mart shut its doors in 2007 and what has Obama done since? Zilch. Stop playing golf at your teleprompter, Obongo.