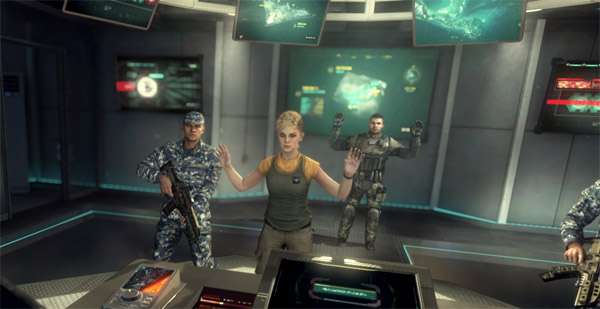 Vanessa Pike. Former NSA, top level crypto out of the deep tank in Norfolk, turned her coat and started working for the HHH. Between 2019 and 2021 we lost ten agents working under WACOM. Our intel lines were being cut off one by one and there was only one way to stop it: take out Pike.

Drambord Pike was based on the 58th floor of the North Tower. We believe that Bin Laden, working with the Shadow Group and dangerous elements of Hernandez's Youtube Channel, planned the September 11th attacks to take out Pike. The terrorism was a cover. This was a targeted assassination.

The impact placed Pike in a no go zone on the North Tower. The only way in or out was by wing suit. To save Pike it would take everything my father fought for, but Pike was secretly in contact with Romanovski. Could he be trusted? It didn't matter. The mission was scrubbed. Someone demoed the towers before my old man could get Pike out.

Vanessa blamed my father for her father's death, but the one thing she couldn't resist were wicked quadcopter stunts, and my wrist-mounted grenade launcher. By the time I got her into the hot tub I was too drunk to close the deal, but my girlfriend wasn't.

I let her take over. While I watched by satellite, my sexy girlfriend went to town on Vanessa with a strangulation coil, dragging her off and trading her to the Iranians for information on the location of Ho Chi Minh's gold. We would need all we could get to make a super computer capable of saving the HMS Obama Been Lyin'.

Best night of my life. Or so the CIA wanted me to think.