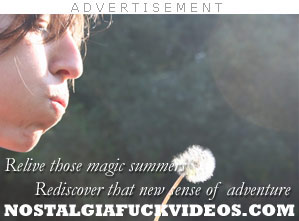 "So who is taking over?" Jingblebell is apparently the only person other than me that gives a shit.

"Sounds like Perry and the Joint Chiefs are running the show for now," I pour myself a glass of champagne from one of several bottles on the coffee table.

"Could be," I set the bottle back down and take a sip from my glass, "but it sounds like they're going to hand the government over to the next guy in line. That old wrestler they made the Media Czar. He can't do much wor-"

"Did you say the fucking Media Czar is going to be President?" He jumps up on the couch.

"Dudes," he throws the controller on the floor, "I, as in me, as in Klint&I am the Deputy Media Czar. I even have an office and everything. I saw it one time."

"That makes me like Vice President or something," he's laughing, "holy fucking shit!"

"I think he'll get to pick a Vice President once he takes over," Jinglebells says.

"He'll pick me!" Klint shouts, bouncing up and down. "He's gotta pick me! I'm his right hand man. He even did that eyebrow thing for me one time at a party."

"When they swear him in-"

It's all coming together in my head, the whole ugly soup of it.

"They're never going to swear him in," I set the glass of champagne down on the table. "He's going to die on the operating table under the knife of a Jewish heart surgeon from Malibu. His deputy will be automatically promoted to the position of Media Czar."

"That means&," Jinglebells lets the words trail off and then he abruptly snaps his fingers.

The MTV crew starts filming. Klint is jumping up and down on the couch, a huge shit-eating grin on his face.

It's all Howser and his little toady Rollins. The doctor, the exploding Firebird, probably the President's plane; all their doing.

Morrison and me were loose ends after we handed those diamonds over to the old Jew. Howser probably had a bomb and a GPS tracker in the second case he gave us. That'd explain his reaction when I showed up at TRL.

It wouldn't surprise me if Dino sold us some sort of MPAD missile in Aspen. Something to take down Republic One. And then Eduardo&fucking Eduardo.

Klint jumps off the couch and scoops up the drowsy redhead with the wineglass tits. He starts dancing with her, still chanting about his impending promotion.

"A coup," I say to no one in particular.

I hear the whir of the camera as the focus gets dialed in on my scarred face.

"Yeah," I look into the camera, "who could blame a dumbass like Klint - no offense -"

"None taken!" He shouts without pause.

"-like Klint. The public will never buy that he orchestrated the overthrow of the government."

"He did?" Jinglebells ponders.

"No, Howser and Rollins did. Klint is their empty suit. He's the good-natured buffer between them and the backlash of overthrowing a democratically elected government. Mark my words, those two will be running the show."

"I don't know man," Klint cuts in, "I can probably set them up with some sweet jobs after I'm President, but, like, there can only be one President. Right? Am I right?"

"You're right," I nod, "but as long as they're in your shadow they'll pull your strings."

Klint grows serious. He glares at me and then uses his index and middle finger to pantomime scissors.

"Snip, snip," he says and opens and closes his fingers over his head.

He cackles with laughter and then starts making out with the redhead. They tumble onto one of the couches.

A thought strikes me as I watch the dumbest man in North America struggle to unzip his pants: if Howser considered me a loose end before, what does he consider me now?

The MTV guys shake their heads, Klint pulls his mouth away from the redhead's ruby lips long enough to say "sorry, bud".

"Those camera batteries," I point to the MTV camera, "got any spares?"

Jinglebells tosses one of them to me. It's about the size of a credit card and about an inch thick, but it's as heavy as a lead bar. I drop it inside someone's dirty sock I salvage from the floor and stuff them both into one of my pockets. Beats nothing.