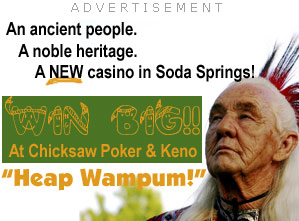 The helicopter lifts into the air slowly, almost hesitantly, and then it powers up and begins to ascend. I look through the window behind Dorothy's head and I can see the other helicopters on the lawn beginning to spin up. Marines and mercenaries are filing into their assigned aircraft.

When we begin cruising north, toward Sacramento, we're flanked on either side by a pair of gunships. The news comes over the radio when we're halfway there. Johnson is dead, making Klint the presiding Media Czar and the next President of the Republic of California.

The scene at the statehouse in Sacramento is controlled chaos. A high stage has been erected on the lawn of the Capitol Building facing the Capitol Mall. In front of the stage some genius has parked about a dozen military tanker trucks. The crowd covers the Capitol Mall, extends down 10th Street in both directions and it becomes denser around the tanker trucks and the stage.

As the helicopter descends I can see Marines with rifles on their backs trying to maintain order. They're handing out big cups of water from the tankers. Bread and circuses for an easily pleased population.

Some of the Marine Chippewas land first, disgorging squads of tough Marines battle hardened by Baja peacekeeping actions. These men and women join the tankers and form a defensive wall around the stage at ground level. Once they're satisfied that things are secure, the mercenaries begin landing.

I watch them gather in formation behind the stage as Klint's helicopter and its gunship escorts perform lazy circles over the scene. It takes several minutes to get them organized. A bunch of dumb hillbillies and steroid maniacs from Tijuana do not necessarily know good parade drill. They take the stage in a fair approximation of a formation march.

We land while the gunships fly overwatch on the scene. The grounds of the Capitol are brown and parched, the trees that once lined 10th Street nothing but a memory. From the moment I exit the helicopter Dorothy and Mississippi are a step behind me. I get the uncomfortable feeling that my position has just been upgraded from "guest" to "prisoner", although they make no move to restrain me.

The crowd looks even more impressive from the stage. It ripples and roars nearly as far as the eye can see, boxed in by the artificial canyons of downtown Sacramento. It's hot and my stomach is killing me, but I still feel a smothering sense of awe.

Despite the size and intensity of the crowd, things seem pretty well in hand. They seem expectant, almost eager, and the free water is proving to be a big hit.

"The water was a stroke of genius, Howser."

"Thank you," he smiles, relishing the crowd and the news cameras. "There will be plenty for everyone soon. This will be a new dawn for California."

"I'm sure our neighbors will have something to say about that," we're both watching the crowd, waiting for a decrepit Senator to approach the podium.

"But they already have," his smile grows larger and more cruel, "they've done everything I had hoped. NorPac has pledged their sympathy and support and Nevada has screamed bloody murder claiming it's all a pretext to war."

"Of course, we have to start somewhere," he leaves me with Dorothy and Mississippi and guides Klint toward the podium.

The drawn-out process of swearing Klint in begins. I ignore it for the most part and take stock of the other people sharing the stage with me. I'm fairly near the front of the stage, just behind luminaries like Eduardo and Rollins in their newly-minted uniforms. Perry and the Joint Chiefs are there as well, lending the proceedings an air of old-world authenticity.

Jinglebells and his camera crew are next to me. I can see the other MTV crews spread out around the stage or standing on the backs of the tanker trucks. This is going to be quite an exclusive for them.

"Thank you," Klint speaks into the microphone, holding a glass of champagne, "let me just say that this is the coolest fucking moment of my life."

"I'm kind of bummed the President and everybody, you know, had to die, but this is a great opportunity. I promise I will do a really good job and try really hard to make everything better for you guys."

The crowd roars its approval. Howser and Rollins step up to the podium and Howser tugs at Klint's sleeve. The media are hurling questions from the press pit at the base of the stage, cameras are flashing wildly.

"Okay," Klint says, "now I've got to introduce my bro Howser. I think you guys probably know him from our show, Max Hard Fuck."

More cheers. Howser steps up to the podium and adjusts his glasses. He inspects his notes. The cheering dies away.

"Thank you," he begins. "This truly is a momentous occasion. Beneath the black clouds of strife and in the moment of our nation's most profound tragedy, we find the Republic reborn. I can think of no better man to lead California to a new age of prosperity."

The crowd cheers, although slightly more hesitantly than they had for Klint. I guess people just don't appreciate a well-written speech these days.

"Whatever position Klint may find for me in his new administration, I will do my utmost to exceed the expectations of the people. My hard work in this new profession of public servant has already begun."

He puts a hand on Rollins' shoulder.

"With the help of Rollins and his recently formed Emergency Response Force we have located the man responsible for murdering President Affleck and so many other innocent people."