The Children have taken over most of Corpus Christi. Tied up in the back of one of their trucks, we get a good look at the deserted streets. It's not quite a ghost town, but like one of those towns in a western, right before the cowboys start shooting.

Everybody who isn't with the Children is buttoned up tighter than a drum. I'm sure that goes double for the browns and blacks. Maybe it ain't a race war yet, but Childs has been preaching against non-whites. I saw the contempt in the way his thugs handled Spinoza and Vargas. Like they were just waiting for an excuse to tear them apart. But they haven't.

The Children's compound is the old shopping mall on the north side of town. The stores are gone, the lights are off, and there are bonfires in the lot. Somebody is barbecuing. It's like a tail gate party at backwoods church. Plenty of campers and army tents, blaring country music, dancing men and women in modest clothes. Skirts to their heels. Collars to their chins. Rifles on their shoulders. Like Harper Paine's convoy, but scarier.

Childs stands up through the sun roof of the Buick and waves to his flock. Their faces contort in joy and they call out to him, "Fire and knife!" Not exactly a reassuring catchphrase to hear when you've got a hate-faced yokel with a Bushmaster across his lap glowering at you. We're forced to slow down as everybody crowds around our little convoy to welcome Childs back. They offer him their tots and kiss his extended hands.

They haul us out of the truck and march us past a shuddering bank of towed generators. There's a diesel tanker parked nearby, its hoses feeding into the generators. Inside the mall, the shops are gutted, and their signs torn down. Strings of Christmas lights have been woven on hand-railings and up to the ceiling, casting the empty mall in a diffuse glow of LED white. It's not just the gun-toting nuts, there are families here, as evidenced by the occasional burst of childish laughter. In the food court beneath a dark skylight there's even a playground and classrooms with chalkboards.

The armed guards separate us from Childs and take us through a back office, past more armed guards, to a locked storage room. The biggest guy, the giant in brown overalls that hugged Childs back at the motel, opens the storage room and shoves us inside.

"Wait here," he says and slams the door in my face. Real personality on him.

The room stinks. Something has been living in here, and I've got one guess who it is. I move Spinoza and Pike out of my way and get a good look at the bare shelves, blankets, and Brody Sondergaard. He's sitting on a food court chair, gazing at me sullenly and sucking on an orange freezer pop. He reluctantly slides the treat from his mouth.

"Network send you?" he asks. 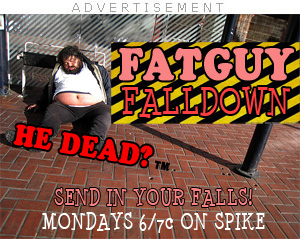 For a man being held hostage for a week by a doomsday cult, Sondergaard sure doesn't seem very worried. He actually looks better than he did in the photo Big Quincy showed us back at Freer. Handsome despite the lack of sleep and poor hygiene.

I take hold of the sides of one of the empty storage shelves - more of a metal rack like the sort you would find in a pantry or a garage - and I put my foot on the lowest shelf. A little pressure pops the bottom shelf loose. I crouch down and start bending out the spokes. They're coated in a rubber-like paint, but I am able to whittle some of that off on one end. The result is a six-inch metal shiv. A bit dull, but better than nothing. Spinoza and Pike get what I am doing and make shivs of their own. Vargas chews his nails. Sondergaard stares at us incredulously.

"They're going to be pissed if they see what you did," he says.

"They won't see." I stash the remains of the lower shelf beneath one of the blankets.

"Just wait for them to let us go."

I almost feel sorry for him. He's so sure he's going to be let go he hasn't given any thought to the alternative. I bet that poor Russian in the motel bathroom, the one with his brains splattered everywhere and his new boots sticking up in the air, didn't think he was going to catch a bullet either.

"They have what they want," I say. "You were just a bargaining chip for them to get Childs. Now what do you think they're going to do to us?"

"To you, maybe," says Sondergaard. "I've been in these situations more than once. It's why I work alone now. People like the Children, they think they have nothing to lose, they would kill my security team. Shoot them right in front of me."

He bites off the last piece of the freezer pop and tosses the plastic aside.

"But the Children have something to lose. Even if they're crazy - and I'm not sure these people are crazy - they still want the money my company will pay for me alive. So I am going to sit here and wait, and not try anything stupid."

"At least quit smiling about it," says Spinoza.

"Sorry," he spreads his hands apologetically, "I was just thinking how this is all going to be great for my story."