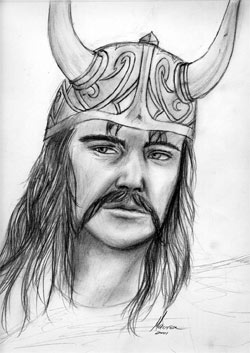 "A Tenser disk, you say?" He gazed down at me arrogantly from his perch atop the disk.

"Yes it is greater as well, much finer than a lesser disk such as this, though you of course know such things with your enviable experiences in the field of disks."

"Yes, disks are all I can contemplate when we are not adventuring. Perhaps one day I will fully grasp the pantheon of disks available. Until then, I must sadly beg the advice of my betters."

"Think nothing of it, Montressor."

Fortunato climbed down from the disk and brushed the dust from his robe. He leaned heavily on his wizard's staff.

"Are you certain you wish to continue?" I asked. "I am sure the disk at the summit will be a disappointment. Perhaps I could have Luchresi inspect it on the morrow."

"Her?" Laughed Fortunato. "What would a cleric know of floating disks? Mayhap if you wish to inquire about witch way to face when you pray for good luck. For matters of disk academia a wizard is your only possibility."

"You are right, of course, old friend. I merely wish to spare you the journey."

"On with it!" Fortunato declared with arrogance.

We continued our climb. The air became thinner by the step and the vegetation began to grow smaller and more feeble until it disappeared completely. Higher still, at the summit, we could see hints of snow. The journey began to wear on the elderly wizard and I could hear his labored breathing from behind me.

"We must turn back," I said, "I grow concerned for you and it is this thin air and your allergies. They must vex you terribly."

"Bah," he explained, "I have climbed the most fearsome mountains in all of Oerik while fighting off hordes of harpies and swarms of serpents. This is no worse than a healthy run for such as me."

"No!" He interrupted. "We carry on, I must see this incredible disk."

We ventured upward, our hands scrabbling onto the cold rocks and our feet sending loose rocks falling to the jagged rocks below. At last, we reached the summit of the mountain. We both paused to catch our breath and look out upon the land far below. It was an awesome site and even the old dork was impressed.

"I am impressed," he commented.

"But I did not come up here to gaze upon the valley I came to look at disks."

"I have a great disk to show you."

I pointed in the direction of a cliff to the west. It was only a short walk. Poor Fortunato leaned heavily on his wizard staff. Poor Fortunato. One must remember how arrogant he was or feel pity for him.

"There it is, just inside there," I pointed to a cave entrance.

It was dark and gloomy and too dark to see inside the cave. I picked up a torch and held it inside. Its glowing light illuminated only a scant few feet into the cave.

"Out of my way!" Fortunato said and snatched the torch from my hand.

He barged into the cave not even seeing the pressure plate concealed beneath the loose rocks. With a clang and a woosh a barred metal gate slid into place, blocking in the entrance of the cave. Fortunato was enclosed within the cave. I was still outside the cave because I had not entered before he triggered the trap.

"Ha ha!" Fortunato laughed. "You are wise to protect such a treasure as a greater floating disk of Tenser."

"It is quite a treasure." 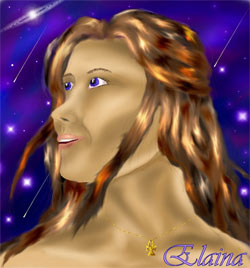 I smiled at him.

"Ha ha! This is a good joke, I must agree. Now let us raise this gate and be done with it."

"Just a moment," I said and I pulled a lever.

There was a shifting sound deep within the cave.

"I am sure it was just the floating disk."

Fortunato began to grow concerned. His beard wrinkled furiously and he grabbed at the bars. He failed in his attempt to bend the bars and lift the gate.

"Montressor!" He exclaimed. "You have had your laugh!"

Fortunato banged the gate with his fists one last time and then disappeared in the darkness.

"Fortunato!" I called after him.

There was no answer.

Then I heard the bugbear roar and there was a scream that stopped halfway through like whoever had been screaming had just got bit on the head. My heart felt heavy, but I reminded myself of how arrogant he was and how he always hogged the magic items we found.

The gate remained shut for over 50 years. No one ever disturbed poor Fortunato.

THE END
Thank you to all of the readers who sent me awesome artwork. If you have any awesome fantasy artwork especially of barbarians or babes or awesome monsters that you did then please mail it to me and I may use it someday.