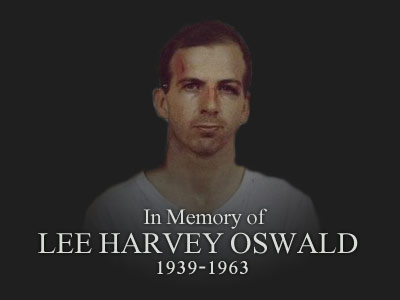 Lee Harvey Oswald was shot dead by Jack Ruby, live on national television, as he was exiting a jail in Texas under police guard. WCW chairman Eric Bischoff was friends with Oswald in his ECW days and he insisted the upcoming Nitro performance be devoted to Oswald's memory. Some opposed the rush to a tribute, particularly Mike Tenay, who felt that Oswald might yet be pothumously convicted of assassinating the President. Bischoff was not interested in possibilities and TBS owner Ted Turner was willing to back him up on the issue.

On the night of November 24th, the first hour of Nitro was devoted to interviews and footage of Lee Harvey Oswald. Dozens of wrestlers, many of them teary-eyed and visibly upset, took to the cameras to wax poetic about the fallen Oswald. 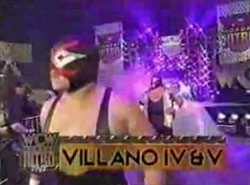 Eh, as the most politically active of the Villano luchadores I say I have very fond memories of Lee. He was a gentleman and he took the business of wrestling very seriously.

When I first started no one would be nice to me. They said, "oh look, it is another Villano to lose matches to the Power Team or Booker T." Lee was not like those other wrestlers. He said to me it was very good I was a Villano and he said he respects the Villano luchadores very much because we represent the faceless proletariat.

I don't know for certain what crazy gringo was talking about. He had some pamphlets, but they were mostly in English and I am not so good at reading English. Something about communism.

The thing...ah...the...I am getting emotional. Look at me. Get a grip, Villano Four.

You know, say what you want about communism, it may be bad, but that doesn't mean all communists are bad. Look at Frida Kahlo. She painted beautiful pictures of fruit and plants and eyebrows and breasts. She lived with Trotsky. How can a little communism make a man bad? It can't. It can't do that. Not with a heart as true as the one is beating in the heart technicos luchador Lee Harvey Oswald.

You guys should talk to Spice. She's one of the Nitro Girls and I think she had an abortion for Lee. Maybe she want to say a few words, I don't know.

The Retraction: Bischoff apologized for honoring Oswald in 1965 and agreed to serve a tour of duty in Vietnam to repay the nation for his sins. In a shocking turn of events, he enlisted the help of Hacksaw Jim Duggan and Sergeant Slaughter to trick Harlem Heat into boarding an Army troop ship bound for Southeast Asia. Law at the time stipulated that they were obligated to serve out a tour of duty in Bischoff's place. Booker T was badly wounded by a napalm strike too close to his position. The terrible scars, physical and emotional, are with him to this day. 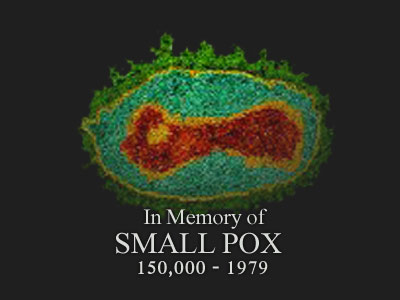 Vince McMahon was in the throes of cocaine addiction in the 1970s, which may explain why he decided to hold a tribute to Smallpox. The dreaded disease was declared officially eradicated outside the laboratory by global vaccinations in 1977. Vince was a couple years late, and he did not know much about smallpox, but that was not about to stop him.

The May 8th episode of RAW was dedicated to the memory of smallpox and it featured numerous wrestlers and announcers speaking at length about the loss they felt with the eradication of the virus. Meanwhile, Shane McMahon, Vince's son, had been threatening for weeks to spoil the tribute with his "secret weapon." Vince was so afraid that Shane had weaponized smallpox that he set up police checkpoints around the venue.

Near the end of the tribute Vince entered the ring and spoke for several minutes about his own memories of smallpox and how it had changed his life and inspired him.

With the sound of breaking glass, and a wild cheer from the crowd, Stone Cold Steve Austin marched into the ring carrying a six-pack and a stack of blankets. 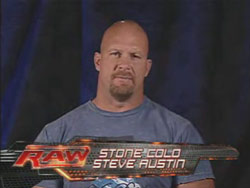 Vince, I heard you was having a damn tribute to smallpox and I just knew I had to come on by to tell your hell friends something. This message is for the National Center for son of a bitchin' Disease Control and the World Health Organization.

[Austin holds up his middle fingers, the crowd roars]

That's called damn hell sign language. Is it ass damn loud enough, Vince, or do you need me to turn it the hell up for you?

And for smallpox, I got some hell damn fond memories of you, smallpox. It was your bitch ass that came to America around the same time as the damn white people and killed off the Indians. You've been followin' around in our footsteps since time in memorials and livin' in the shadows. Now I think it's time Stone Cold Steve Austin stomps a damn mudhole in your ass and leaves footprints up and down the son of a bitch Trail of hell damn Tears.

If y'all wanna see Stone Cold Steve Austin give smallpox what it deserves, gimme a "hell yeah"!

Alright, Stone Cold is gonna damn well give this son of a bitch disease what its damn ass deserves.

[Stone Cold opens two beers, slams them together, wraps them in a blanket, and then executes a Stone Cold Stunner on Vince with Vince's chin in the blanket.]

Stone Cold is looking at your damn face with contempt, Vince MacMahon. I just opened up a can of smallpox on your ass. And that's the damn bottom line, because hell damn ass bitch Stone Cold says so!

The Retraction: A retraction was impossible. Vince died from smallpox shortly after this episode was filmed, but was returned to his role as chairman of WWF thanks to some quick intervention by The Undertaker and an unspecified demonic force sealed inside a styrofoam headstone.