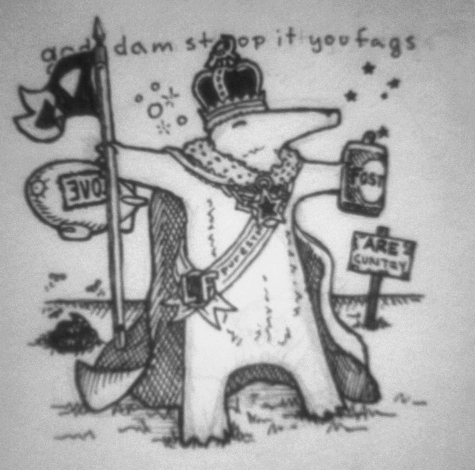 You are sitting in a campaign office. - If you like text adventure games like Zork and politics you're probably a horrible cretin who lives in a basement. Also you might enjoy this interactive fiction by Aegri Somnia woven with mystery, intrigue and murder most foul. PROTIP: Click here to see only Aegri Somnia's posts.

Peak Applebees - To help curb this scary threat, America might have to start using Applebees/T.G.I. Fridays hybrids, which is scary enough in itself.

The_Truth_Behind_September_Eleventh - Minty discovers the conspiracy of the century, and why you should always donate blood.

TT Comes Clean! - Over the course of about a year, TobleroneTriangular managed to fool the entire forums into thinking he was a completely insane Ron Paul supporter who believed in ridiculous things like "purestrain gold" and perplexing triangle diagrams. Turns out he's actually an articulate, dedicated fakeposter, which is actually kind of relieving. I think he should win some sort of prize for being one of the best trolls in the entire history of the internet. Here's to you, triangle man!

Mike Hampton injury pool - I'm as shocked as anyone that he made it through one start without tearing his groin in seventeen different places. 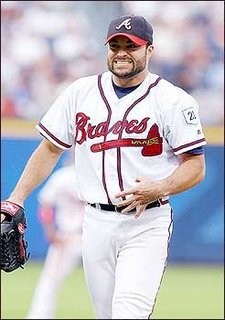 NASCAR 2008 Part Deux: Fan Defection Edition - What could possible be more boring than forty cars turning left for hours on end? One of those forty cars always winning, that's what.

News/Views - TRAINING CAMPS Edition!! - Football is just a month away. Can you sense the desperation within these people yet? Oh, hold on a sec, I just got a message on my phone that the Seahawks decided on who their 4th string WR is going to be. Exciting!!!

The Fulmer Cup season has officially started - It wasn't enough to simply laugh with friends when college football players screwed up and got in trouble with the law. No, now there has to be someone keeping track of and scoring it all.