Help Screw Up Canadian Television! - Canadian television has been screwed up since SCTV was taken off the air.

The day the food came to life... - ...was also the day the crafts store sold out of plastic googley eyes.

Critterquest accidental overdose of gamma radiation - The only way to make backyard bugs scarier is to photoshop them into giants.

John McCain pulling off his face - I'm voting for McCain this year. He's strong on security and I can picture myself wrapping his neck flaps around me like a wrinkly cocoon that protects me from the evils of the world. Submissions start on page 2.

say nice things to camwhores contest - Forums Grand Wizard 'Fragmaster' shows BYOB the lighter side of life; exploring the dark and depraved world of complimenting cam-whores. Prizes await those who dare communicate with a woman.

redu got owned for he is a faggot - Ahh the good old-fashioned drama thread. In this episode intrepid explorer 'Redu' manages stir Fyad up the wrong way by a determined, yet shameful campaign of voting every single man, woman and child thread a 1 for a prolonged period. Back before Christmas, Redu, now exiled defends himself as the battle wages on home ground.

Post here and I will attempt to make your avatar in Spore Creature Creator" - Davinci Code legend 'BloodySam' Brown unlocks the artistic genius behind the old masters in the form of making Spore creatures that transcend the mundane in as much as they do not consist of giant dicks. Many are genuinely aesthetic. For instance, please meet star of Juno, Michael Cera!

And last but also very much least hey whos good at drawing that i havent talked to yet. A monstrously embarrassing thread from Jack the Awful Year Book Ripper 'doctor thodt' in which we explore the formula founded back in the murky depths of forum's history denoting Effort+Why?=Gold. The formula has since been debunked. 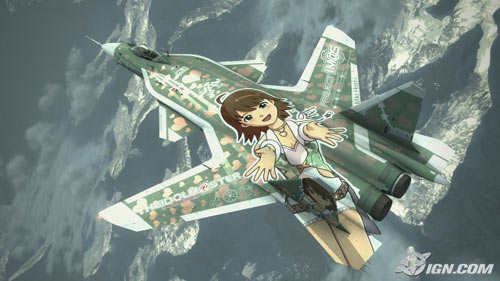 Games you liked that nobody else did - Only someone with a discerning taste and vigilant dedication can understand the greatness of my favorite series, Anime Schoolgirl RPG XI.

What's the worst DLC? - I was going to make some comment about horse armor but nothing can really beat the OP.

Video game successes, revolutions - Remember when the Wii was called the Revolution instead and people predicted nobody would buy a system called Wii when the new name was revealed? That doesn't really have anything to do with this thread (well I guess the Wii is a success) but the word revolution reminded me of it.

Four Heroes! One and a half games! Let's play the N64 Castlevanias! - If watching detailed accounts of someone playing shitty 3d action games sounds appealing, then this is the thread for you!

SHOCKING MARIO RECORD EXPOSED FOR THE FRAUD IT IS -