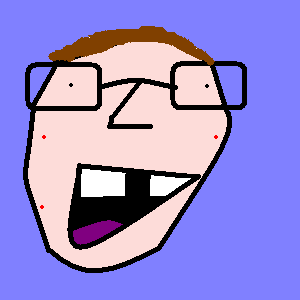 In all reality, its hard to FIND a crime to STOP.
Me and my friend used to drive around downtown (birmingham AL) keeping a look out for rapists and whatnot.. we never saw a damn thing. The sad (?) fact is most crimes happen out of fucking nowhere, and end just as quickly. We had it all planned out too. We had stun guns, mace, baseball bats, and our cellphones. The general idea was that if we saw say, a rape in progress, phone the police immediately, and then proceed to do our best to beat/kill the rapist and save the victim. We were really depressed for a while and would often get it off our mind by doing this. I'd say it went on for a good 3 months. Almost every night. It would always end the same way.. we would find NO crime.. end up going to IHOP or Whataburger, and going home defeated.
We didn't have costumes or anything, and didn't entertain any illusions of some sort of cinematic fight scene.. I honestly can't say what would have happened if we interrupted a rape or mugging or whatever.
Long story short: Crime is harder to find than you'd think.

About three months ago I bought a pizza from the local supermarket and decided that eating it in the park over the road might be nice for a change of scenery, so I walked over there and sat down at a bench. At the next one over, there was a group of teenagers drinking and smoking and having a quiet chat.
Now, as soon as I sat down I felt uncomfortable, but it was too late to move so I just kept eating my pizza.
About ten seconds later, one of the taller guys comes over and stands next to me. I thought he was about to make fun of me or something, but when I looked over at his friends they were all preoccupied with themselves, so I looked up at him.
"Yo, [INCOHERENT], you got any weed?"
This guy had no expression on his face at all. He looked like a fucking statue. I didn't want any trouble from him, and I didn't have any drugs, so I figured that if I just gave him the rest of my pizza he'd leave me alone.
Anyway, as soon as I gave him the pizza he started laughing. He turned back to his friends, laughing and shaking his head, and then turned back around and handed me the pizza. Then he said something incoherent again and punched me in the shoulder.
What the fuck was going on? I stood up and tossed the pizza just behind him so he would have to turn around and then I just got the fuck out of there.

The problem with Michael Myers is that, due to Dr. Loomis's "absolute evil" conviction and the fact that Myers gets up and walks away after being riddled with bullets and dropped off a roof, Myers must be classed with supernatural villains / personified forces of nature, and not with mundane human psychopath bad guys. He has more in common with Pinhead, Wishmaster, Pumpkinhead, Damien Thorne, etc. than he does with Leatherface. He's not fucked up like sociopaths are -- he doesn't torture animals or rape/seduce women or decorate his walls with human skin. He's driven by something human beings can't even begin to comprehend. He's almost Lovecraftian.
Myers' standards of good and evil, if he can be said to have any, are not in line with humanity's because he is not a human being. Putting this kind of character into mundane suburbia and giving him a plain human face was really Carpenter's stroke of brilliance. He is literally the boogieman we can't hope to reason with, out-think or predict.
Edit: I guess it's not a 'problem' per se, but it is a problem when it comes to Zombie's interpretation. He's completely fucking up with human problems something that should be pure in its unholiness.