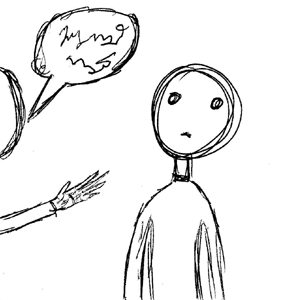 If anything, that comic should be more offensive to white people... Because it just shows how stupid and ignorant our ancestors were. I don't really give a rat's whether it gets banned or not (there's like a billion other Tin Tin comics to fill the gap), but I find fault with the argument that it'd cause kids to become racists. I grew up singing "catch a nigger by the toe" (what the fuck did I care what a "nigger" was? I thought it was, like, a troll or something) and The Three Golliwogs - Golly, Wolly and Nigger - they were just names to me... They were great books too.
It didn't affect my views on people with different skin colours in the least. I'm sure it would've been hilariously uncouth of my to see a black person and yell out "Hey, that guy looks like nigger!" at the age of 5, but to me, it would've been a compliment. It's like that episode of South Park, where the kids are voting to keep the flag because it didn't even occur to them that it was racist. Adults are the fucked-up ones.. leave the kids alone.

As a Belgian I know quite a bit about the Congo (my uncle went there for 40+ years) and it's exactly as the comic describes: they were savages and did not know how to speak the western languages well; Hergé has always been known for his accuracy in describing other cultures, so when is this racist? And no, they do not look like monkeys in the comic
But they want to ban and control everything don't they, since when is it generally accepted that people need to be nursed all through their lives and decisions have to be made for them in stead of them having an actual choice? Damn I'm so sick of that.

Well, said Jews had better get it out of the system now, while they still have a chance. The Germans that were alive back still feel pretty awful about the whole thing, and so do their children, but their grandchildren are getting pretty fed up about it. Depending how long the Jews keep at it, and how greedy they get, I'm sure the Germans will eventually start to wish their ancestors had done a more thorough job.
Personally, I don't know how I feel about it. I feel for the Jews, but it also annoys me that they never really give any credit to the other poor bastards that died in those camps.

Taken out of historic context, yes. Yes it is. In the context it could be construed as more hurtful. However, you could also argue that since 'nigger' was originally a descriptive word with no emotive connotations (still is in areas like Russia), while 'cracker' 'honkey' and 'white trash' were words which were always meant to construe negativity, cracker or honkey is more hurtful. You could say that 'nigger' is more hurtful due to the fact that more people have a negative emotional response to the word, but that is an appeal to the majority.
The joy of subjectivity eh? And since it is subjective some people may find the word 'cracker' as, or more, offensive as 'nigger', to claim that the one is innately more hurtful than the other isn't fair. Also, reverse racism is the most fucking retarded term ever, and presupposes that only whites can be 'racist'. This is, of course, ignoring the fact that reverse racism would literally be a person of one 'race' (which isnt even a meaningful construct) saying that an other race is superior, eg. a black person saying that white people really are smarter.