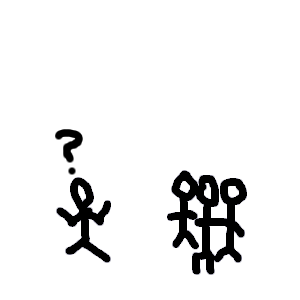 This is a notice to the person in the cubicle diagonally across from mine, and is also directed at all persons ten years of age to 30 years of age:
You are hearby banned from the use of all ebonics. This includes the usage of the terms "ballin'" and "ill" as adjectives with positive connotations.
A) Unless, Mr. Cubicle Diagonally Across, the object in question is taking something that is not currently a ball and making it into a ball, it is not, in fact, "balling," much less "ballin'." You are banned from using the term "ballin'" unless the object in reference meets this simple criterion. Additionally, should you find an object that is, in fact, aptly described as "balling," you are banned from using the term more than twice daily. Using the word ten or more times per day, as you have been, is strictly forbidden.
B) The word "ill" is synonymous with "sick" and is also synonymous with "diseased" and "pestilential". The latter two terms are not positive in nature. With that in mind, you are forbidden to use the word "ill" in a manner that contravenes its defined use.
We here at the American Society of Intelligible Discourse would like to suggest such terms as "amazing," "incredible," "awesome," "cool," "good," "great" or "impressive" instead of words that are either nonsensical given the situation or in downright contravention of the intended meaning. We understand that a life goal of living up to every negative stereotype recorded is a noble goal, but we must insist that these very basic rules of communication be followed, lest we all become diminished as intelligent and rational people.

Do wizards in Harry Potter strike anyone else as extremely racist? Given that wizards and 'muggles' are a seperate race. The amount of racism just really gets my goat, as a muggle myself. I'm like "fuck you, Dumbledore. You say Voldemort has a spell that can kill people that shoots from his wand? So do I. It's called a fucking bullet."
I like theme parks though, I just hope they don't have seperate water fountains for muggles. It all makes me want to murder some wizards. If I were in the Harry Potter Universe and found out about these wizards, I would expose them to the world, gain political power and hunt them to extinction. They started it.

Men and women need clearly defined gender roles. My wife and I thrive because I work my ass off to support us and she stays home being pregnant and keeping the house clean, cooking food, and generally being a traditional wife.
I don't know where people got the idea that old-fashioned gender roles are somehow demeaning to women. They're not. We both work very hard at this marriage and have a great sex life. I don't think our sex life would be so good if we didn't respect each other as much as we do, and a lot of that respect comes from knowing that we each have a specific job to do and we do it right, and that makes the other person feel taken care of. She feels taken care of because I take care of all the bills, protect her, and buy her nice things. I feel taken care of because she cooks for me, cleans the house, and in a few months will be giving birth to my son. And you know what? THE SEX IS FUCKING HOT, and there's plenty of it. Ward & June Cleaver had the right idea.
I'm not saying you shouldn't clean, shouldn't cook, etc etc etc. I do that stuff too, especially with my wife being pregnant now- I'll help her do the dishes or whatever if I can tell she's really tired. But we both understand that it's not really my job, I'm just helping her with her job. If she got a part-time job somewhere, we'd both understand that she was not obligated to keep it because it's primarily MY responsibility to bring in the money that keeps the bills paid.
Since the advent of so-called "women's lib" (which never really seemed to liberate anyone other than a few rich, white housewives- the lives of your average, middle-to-lower-income women remained, in many ways, unchanged), there's been a lot of inappropriate pressure on married couples to be not only equal, but the same. I do believe in equality; any thinking person does. What I do not believe in is this notion that men and women are basically the same. I see too many marriages where the only difference between the husband and the wife is their genitalia. They both do the same things, say the same things, go the same places, have the same friends, dress the same and act the same.
I can almost guarantee you that if you stop being Mr. Mom and show your wife that you are a man, she'll be chomping at the bit for your macho lovin'.