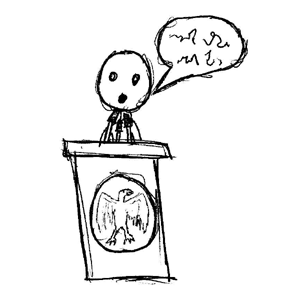 When did "survival of the fittest" cease to apply to the human animal? We're talking about individuals able to think for themselves, who are genetically inferior enough to take their attention from the road while hurtling through space in a hulk of metal at speeds far exceeding those a human is capable of under their own power.
Putting societal correctness aside, such individuals should not be permitted to procreate, for the good of the species. In their death, a balance has been struck. Even as such, they didn't die for nothing, because intelligent beings such as we should also learn from the mistakes of others. That said, if anyone close to these people ever repeats their mistakes, or should they fail to stop someone else from doing so, they deserve worse.

Why has the US not dug a tunnel from NY, Alaska or Israel to the Mideast and begun drilling underground for oil?

"Teaching how to think" is the oldest myth in the book. It appeals to this power-hungry generation, they all want to be Rennaisance men and so-called 'critical thinkers' like Anderson Cooper or Oprah. In fact, I know cults (NXVIM) whose primary draw is that they will teach you how to think, and not boring old facts. I like to think that when I went to that cult meeting (with malicious intent) I tore open some new assholes.
In general, this mantra 'teaching you critical thinking' is ridiculously unexamined -- it's based on a 'dialectic' model, asking 'personal questions', how it interested you, etc. That is, an intersubjective model that assumes a stable 'personal'... personal interests. But what we are originally personally interested (intellectual aesthetics?) in is absolutely THE MOST PROGRAMMED and THE LEAST FREE element of all -- the whole point of education is to reprogram these personal naivetes, so that you no longer use those conventional, naive concepts ('perspective', 'cause', 'opinion', 'bias', 'subject/object', etc.) that gets passed around as vulgar intellectual currency, and start asking more sophisticated questions: e.g. How is the synthetic a priori possible?
These obscenely abstruse words 'synethetic a priori', 'being', 'will to power', 'technology' etc. that form the cornerstone of great thinking are, in the end, just as real to the initiated as the more naive concepts ('subjectivity', 'perspective', 'self-interest', 'good', 'evil') being passed around as reliable currency in less patient circles. The point is never to confront an author ('dialectic') but to acheive a level of intimacy with his concepts. And this does require critical thinking and a profound reflexivity, but NOT of a dialectic, intersubjective model -- but rather, faith, patience, loneliness, and self-hatred.