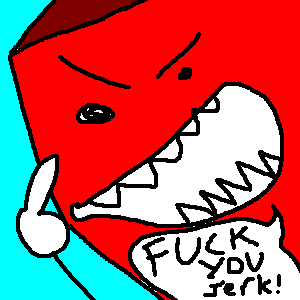 hey cunt...
hey cunt...
hey...
cunt...
come on. maybe my other challenges sucked, but this is a challenge that could actually work.
you vs. me.
boxing match.
you ARE in america, aren't you? you aren't still hiding behind the account sharing cunt-story of being in israel, armed with machine guns and grenades and fighting off the evil arabs the 1 hour a day you aren't on the internet writing jibberish, right?
come on, you piece of shit. i'll grab your jew sideburns, wrap them around your throat and choke you until you scream for the Lord and Saviour Jesus Christ to come and save your ass, you stupid, stupid cunt. that's what you are, isn't it?
you're a cunt. arabs have the 36 inch throbbing cock and you beg not to take it but you know you want it. you want Mohammad to fuck you with his 36 inch cock, but that isn't good enough for you, is it, Haredi Idiosyncrasy?
Oh no, not for you. You're a cock slave. You want an american man's cock in you also. that's the only way you can really get off reading the torah. so the arab is fucking your asshole and the rich white american man who is actually funding your stupid ass shit starts fucking your mouth
and you, Haredi Idiosyncrasy, fucking LOVE IT. this is your place, this is where you belong. you love sucking off uncle sam and you love arabs ass-raping you so you can act all indignant about it later, you fucking fruity faggot.
you piece of fucking shit cunt, you waste oxygen, you waste space. die. die you fucking worthless piece of shit. die.

I have an Ivy degree in history, specializing in 20th century Europe, and I do not approve of this thread or military hypotheticals in general. If you're going to pose hypotheticals, make sure they make sense.
For instance, you cannot wonder about the veracity of the Normandy landings if there was no Eastern Front, because without the Eastern Front, the nature of US-Soviet relations and Lend-Lease, and relevant diplomatic transactions at the Tehran conference, the Allies would never have launched an invasion of France across the Channel in the first place.
In fact, the only hypothetical I'm willing to discuss is what sort of art we would have seen from Adolf Hitler had he been admitted to Art School in Vienna (he was sixth on the waiting list!). Also, The Rise and Fall of the Third Reich is utterly deterministic, interesting by virtue of the perspective and little else.
I deserve probation for my arrogant demeanor in this post, but I take it gladly, if it will give even a moment pause to those of you for whom Call of Duty 2 was an illuminating lesson in the events of the Second World War.

Fuck Balsillie, fuck Hamilton, and fuck the NHL. There were no intentions from anyone including Bettman to keep this team here. They're as good as gone no matter what happens it seems, so hey, they can all go fuck themselves. Thanks for making me hate the sport of hockey, Mr. Ballsuckingfaggot. GOD, WHY CAN'T YOU GO BUY SOMEONE ELSE OR TRY TO GET A FUCKING EXPANSION TEAM? If he wants to sell season tickets to show that Hamilton would support a team, DO IT BY SHOWING THEM THAT AND TRYING FOR AN EXPANSION FRANCHISE, but oh, you have to take a good team! Hey! GREAT! FUCK OFF!
Where is the I hate assholes emoticon? Because I seriously wish he was dead. For real. Not angry NHL GDT "FUCK YOU ASSHOLE GO DIE." I wish he'd get hit by a car.