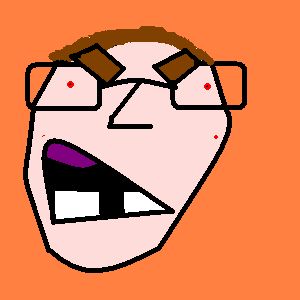 You people with your ipods/zens/whatevers and wires up to your greasy ears - what the fuck posesses you to wander round listening to all that crap?
It is nigh on impossible to fill a fucking 1Gig shuffle with music that is actually any good, but some of you faggots have 80 fucking gigs worth of pure shit pumping into your brains at all times... it boggles my mind just how many hours of pure shit that must add up to.
pop=shit
metal=shit
rap=shit
techno=shit
whatever genre of shit you are all listening to=shit
Your band t-shirts also make you look like retards. Greasy fucking retards with brains full of shit. Audiophiles can fuck off to. It doesn't matter what bitrate you listen to your shit at, or how little crossover distortion your stupid valve amp has, it's still shit. And don't get me started on car sound systems that pump out more bhp than the car's engine. All of it shit. Shut it the fuck up, cunts. I don't want to listen to your shit.

I'm not uptight at all about music. I listen to lots of different types; yeah I enjoy smooth jazz (and lots of other jazz) and some limited (in my taste, not the talent of the composers) classical; and lots of bits and pieces of other genre's that are easy on the ear and cause pleasure in my brain.
Rap is not one of them: half-arsed 'poetry' with guns, ho's, and bling. And I even like guns. It's just plain shite. Take your Deagle, you're gold neckchains, you're sad ho's, you're spinnaz, and your own ugly mug, and pop dem niggaz or whatever fucking retarded lyrics you are gibber/jabbering. I don't give a fuck if you're black/white/come-from-Mars-and-have-15-cocks, it's just pure shit.
Metal: I don't care what flavour of this shit you like, it's all shit. How many times can a bunch of anorexic twats thrash about on stage screaming incoherently and waving their grease about before someone declares this shit dead? None too soon. It's crap. Face it.
Techno/trance/electro-retard/whatever: Hello, I cannot compose a tune, so I downloaded one instead! Wheeeeeee! - Fucking die you talentless cretins.
DJ's: hey I have a lot of shit here, lets scratch some vinyl, COOL! Just fuck off.
Pop: just fuck off, Mr Suit Fixer Sir Let Me Suck Your Cock And Fleece Our Children Of Both Brains And Money Sir Fuck YOU Sir...
Other shit: make it up here, you know it's all the same fucking shit. ...99% of your 80GB - It's all just shit.
Seriously. Really enjoy it. Not just pretend to, because your freinds do, because it's fashionable. Just really enjoy it. Nothing to do with peer pressure, at all. Really fucking enjoy that shit. Because then my faith in humanity will remain dead.

These fatties sure are getting defensive on this thread. I bet if we continue to incite them, they will try really hard to have a revolt but get too tired halfway through and give up, shrugging their massive hocks in shame. Amusement parks are pretty much permanent carnivals and freaks love to congregate. It's like a fatties natural environment if you think about it, a place dedicated to carrying you around.
But seriously, fuck you fatties, you know you are freaks and that your voluptious folding masses are filled with noxious foul-smelling pastes. Your spawn are even worse as they know you cannot possibly present a threat to them so they torture the rest of the world knowing full well everyone despises them. Even without spawn you still are annoying and gross. For example, this fat chick sits next to me on the bus and she couldnt hold onto this paper bag with her fat fingers so it fell to the ground and she just gave up, she knew she didn't have the dexterity to deal with the problem. This is what grosses me out so much about that lifestyle, its so painfully obvious that they know they are unhealthy wretches who in some cases cannot even reach their backside without a rag on a stick.
I am disgusted by amusement parks almost as much as I am disgusted by fat people. The last time I was at Six Flag in California I basically just gave up and stopped going on rides. I found a vaguely comforatable place to just sit and watch the zombies pass by while I listened to music with my headphones on.