I almost want to give this game some slack considering that it has been in development since World War 2. You can tell because the graphics are some of the most laughable excuses for textures pasted onto polygons I have ever seen. Heads are comprised of roughly four triangles smashed together and look more like a 10 sided dice (I know you D&D guys just got chills and maybe a boner since I mentioned dice that were more than six sizes. WEEEEEEEEEEEE!)

At one point I had actually thought the fan art looked better than the game itself and then I began to wonder if the developers just let their community do everything for them. Knowing that Salad (or whatever his name is) must be some kind of control freak since he threatens to sue anyone that says his game is shit (which it is), I doubt he would let anyone touch his precious baby. Talking about babies, that is what this game reminds me of, something drawn by a baby. A retarded baby perhaps. Don't take my word for it, look at this stunning in-game screen shot! 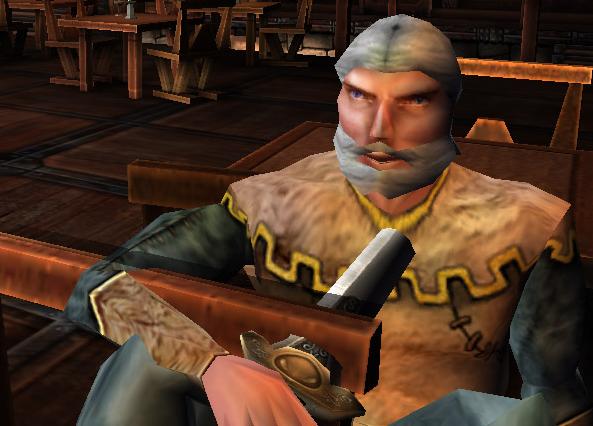 This screenshot alone allows me to give graphics a -10.
Overall, this was probably one of the worst MMOs I have played in a long time. Since I never made it past the tutorial I have to rely on fellow goons that tell me you never see any monsters to kill. I assume you can attack other players or they can murder you but this game is mostly just a glorified chat room.

Planeshift really didn't have anything interesting to make a video out of. From this day forward I only plan to make a video if there appears to be some kind of potential for hilarity or in the very least, entertainment. Since nothing about Planeshift could be called "entertaining" then I will have to leave you this bi-week without a video.

Thanks to the following goons for not giving up once they found out that I would be reviewing this shitty game: OmniJinx, Rakuk12, Kamoc, Sledra, Tsunemori, The Gobbledygooker, Wandering Knitter, and antiloquax.